What Does a Full Stack Developer Do?

Full stack developers have the skill set to approach software development from all angles. This can be an invaluable asset when it comes to problem-solving and technical analyses on either side of development.

What Is a Full Stack Developer?

A full stack developer is a software professional who has the capacity to work on both the server-side and client-side.

The client-side, alternatively called the front-end, addresses actions and interactions that happen in the browser (in regards to web development) or leastways that the user sees directly.

In contrast, the server-side, or the back-end, handles information and protocols that occur in the server or where the user cannot see.

Full stack developers possess the tools necessary to function well on each end of development.

Related reading: Knowing the difference between front-end vs. back-end development

What Does a Full Stack Developer Do?

What Are the Skills Needed for Full Stack Developers?

The front-end side of full stack development is comprised of technologies like CSS, JavaScript, and HTML.

JavaScript is a programming language that emboldens dynamic content on web pages. This means that content that would otherwise be static will react to user behavior. Anything from button clicks to scrolling is the result of well-written JavaScript code.

The visual aesthetics of web pages involve the use of CSS and HTML. Cascading Style Sheets (CSS), in particular, defines elements of a web page’s layout like the background color and font. Hypertext Markup Language (HTML) defines the structure of the web page like the placement of text.

VCS software like Git allows developers to collaborate on code by ‘pushing’ and ‘pulling’ changes. Developers can update the codebase without causing internal issues.

APIs work as a liaison between different software. Your weather app, for example, probably uses an API to source weather information and deliver it to your phone.

Databases require query languages to be utilized properly. SQL is pretty much the only language of its kind but different management systems have different solutions. For example, PostgreSQL is best for complex queries while MySQL is best for web-based projects.

Server-side languages for full stack development projects might include Java, Python, or Ruby. You’ll learn more about this later on. Keep in mind that frameworks like Ruby on Rails or Django will ease development, making these helpful assets to full stack developers as well.

What Are the Most Common Languages for Full Stack Development?

Python is a long-standing favorite in the software development world. The language is general-purpose and interpreted. Python’s designers center code readability in its grounding philosophy. Python’s significant whitespace — as an alternative to the brackets of other programming languages — is one representation of this philosophy. 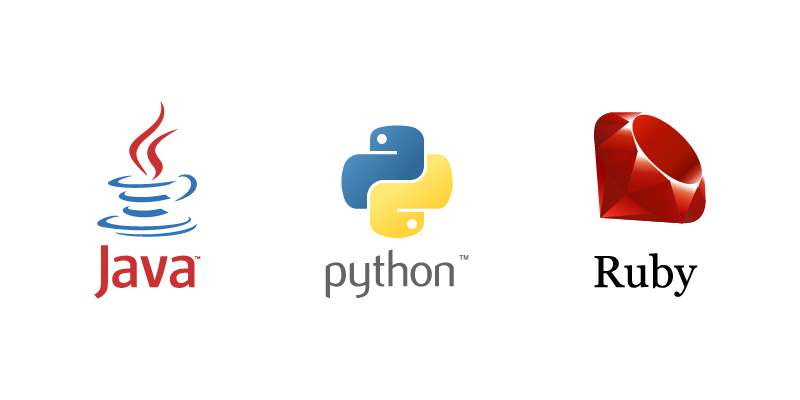 Ruby is similar to Python in many ways. Like Python, it is also a general-purpose, interpreted programming language. The designer of Ruby sought to make a language like Python, but even more object-oriented.

Full stack developers have all the skills listed above and then some. They work on the client-side and server-side towards bringing together a complete software development project.

What does a full stack engineer do? Many of the same things. Except engineers often take on a managerial or administrative role as well. They are senior-level executives who oversee entire systems and manage projects.

How Much Does a Full Stack Developer Cost?

Full stack developers bring home $108,683 a year in the United States, or at least that’s Indeed’s approximation as of February 2021.

How to Hire the Right Full Stack Developer?

What does a full stack developer do? Hopefully, you know by now. Because to write an appealing job description, you need to know who you want to hire in the first place.

Prepare to do careful research. What you’ve read here is just a start. And you can read more about hiring developers in similar pieces.

Whichever way, hiring developers from scratch is still an exhausting process that takes not only time but money. Consider outsourcing developers as an alternative option.

Need some help? Trio is here.

What is a full-stack developer?

A full-stack developer is a software professional who has the capacity to work on both the server-side and client-side.

What does a full-stack developer do?

A full-stack developer may be put on the front-end or back-end or be responsible for both sides of development to optimize the workflow.

What are the most common languages for full-stack developer?

The most common full-stack languages are Java, Ruby, and Python.