What Is Full Stack Development?

What Is Full Stack Development?

In the software world, the terminology is often influenced by English idioms — or expressions that say one thing and mean another. To be clear, it’s very likely that a developer of any kind has never come across a legitimate ‘stack’ in any of their code. Whether that’s a stack of pancakes or a stack of laundry, these are not important elements of coding.

Since a stack by definition is a large quantity of something, it makes sense that this term would be appropriate for software development. Because in this context, a stack in its fullest form has all the ingredients for a complete software project.

In addition to front-end and back-end development, the layers of a stack may or may not involve databases, DevOps, or features unique to mobile app development.

There are also full stack developers. While some consider these people to be a jack of all trades, master of none, you should understand that these developers are often masters of a few technologies, and comfortable with the rest.

What Is Full Stack Web Development?

A full stack developer will have knowledge of the various roles that enable full stack web development. This would mean having a deep knowledge of client software and server software, including of course web frameworks that will ease the software development process. 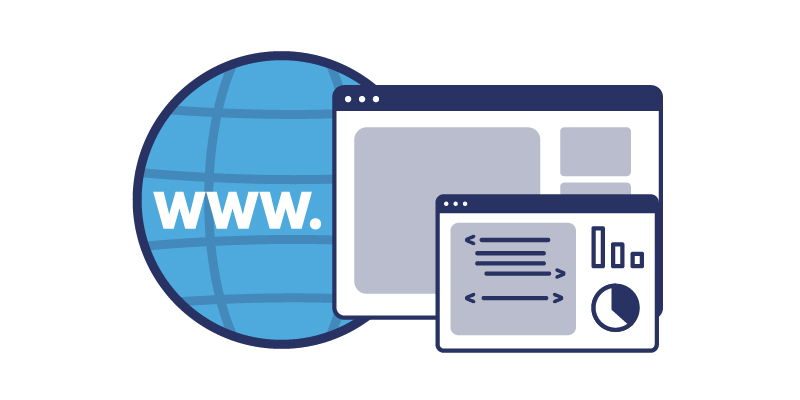 Full Stack vs. Front-End vs. Back-End

Your understanding of full stack development should be an amalgamation of what happens on the front-end and back-end. But how does that look in action? Take a look at the comparison below to gather some ideas.

For most software development projects, full stack development is a given. Front-end development would involve building a graphical user interface (UI).

This happens alongside back-end development which involves writing maintainable code, or the business logic, to make sure the application runs smoothly.

Front-end development, as mentioned, mostly has to do with managing what people interact with and see in a software application.

Having web pages or mobile applications that are easily navigable and efficiently interactive is integral for users to continue to utilize your software.

Those who work on the front-end have knowledge of client software like HTML, CSS, and JavaScript.

Hypertext Markup Language (HTML) and Cascading Style Sheets (CSS) are two of the core technologies for web pages. HTML determines the structure of a web page, and CSS influences the visual layout.

JavaScript is a programming language making for dynamic web pages. The simple interactions that you take for granted like dragging and dropping or scrolling, are all the trademarks of JavaScript programming.

Many JavaScript frameworks and libraries also exist to speed up and simplify the development process. Similarly, other technologies support HTML and CSS.

Back-end development handles everything that the user typically does not see. As such, back-end developers play a necessarily humble role behind the scenes. But their work guarantees the functionality of every software project.

To be clear, whatever front-end technology is being built for users to see, back-end developers are peeking out from the curtain directing these features with their code.

Server software would involve languages that perform well when it comes to servers and networking like Python or C++. Query languages for managing databases fall under the category of server software too.

What Are the Most Popular Technology Stacks for a Full Stack Development Project?

A technology stack is a means of describing the different technologies to go into a software development project. Using tech stacks to recount this information is a streamlined way of communicating how an application is being built.

MEAN stands for MongoDB, Express.js, AngularJS, and Node.js. MongoDB is a database; Express.js a web application framework; and AngularJS is another web framework that empowers developers to code JavaScript into HTML.

Notice that much of the stack includes JavaScript frameworks. This is a huge advantage for the software stack overall. Using JavaScript as the primary programming language of the stack makes development more convenient for JavaScript experts.

This solutions stack also does not rely on an operating system, another advantage. Higher portability is the result.

In a similar fashion, MERN delineates MongoDB, Express.js, React.js, and Node.js. Here is yet another collection of JavaScript frameworks, driving its popularity. Utilizing React rather than Angular, however, makes it possible to develop mobile and hybrid apps.

What Are the Skills Needed for a Full Stack Developer?

Again, full stack developers should be experts of at least a few front-end and back-end technologies, and somewhat familiar with the lot they’re not advanced in.

The front-end technologies that full stack developers should be familiar with are front-end programming languages and the web frameworks that support them. Of course, this is in addition to HTML and CSS which are classic to front-end development.

On the back-end, a full stack developer should be qualified for database management. To that effect, they should have a reasonable skill set relating to back-end languages — namely, a programming language and a query language.

More proficient full stack developers are adept when it comes to topics such as security, testing algorithms, and data structures. 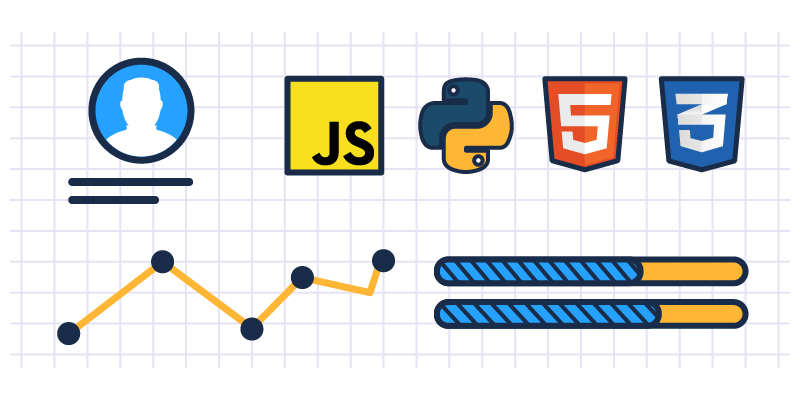 How Much Does It Cost To Hire a Full Stack Developer?

Indeed reports demonstrate that full stack developers make an average yearly salary of $108,847. The data is based on 11.8k self-reported salaries as of February 2021. Without a doubt, full stack development is a very lucrative undertaking.

With full stack developers, you have the opportunity to unravel all the complexities of your next software development project.

Having one team of developers that are working on either side of your vision is one vehicle for better, more direct communication.

It’s Trio’s job to give you what you need to see your project reach the light. If what you need is full stack developers, don’t worry. We got them.

What is full stack development?

What is front-end development?

Front-end development mostly has to do with managing what people interact with and see in a software application.

What is back-end development?

Back-end development handles everything that the user typically does not see. As such, back-end developers play a necessarily humble role behind the scenes. But their work guarantees the functionality of every software project.