What Is Haptic Feedback and How Do Users Benefit?

Haptic feedback, like any technology worth its salt, has a powerful role in improving the user experience for those who use it.

At the center of haptic technology is what most humans crave by nature: touch.

With that in mind, it should come as no surprise that touch plays an important part in helping people make sense of the world.

And often touch, or the lack of touch, has a deep impact on a person’s mental and spiritual health.

Technology can only do so much in the absence of human touch. And it’s probably not the best idea to use smartphones and tablets as a replacement for skin-to-skin contact.

That said, touch-responsive technology is still at least a little bit impressive. Businesses have a lot to gain from giving their consumers truly interactive experiences.

Ready to explore the horizons of haptic feedback? Keep reading to find out more.

What Is Haptic Feedback?

Haptic feedback refers to the use of touch to communicate with users.

While the phrase ‘haptic feedback’ might not ring a bell, you’re probably more familiar with this technology than you know.

When your phone vibrates, for example, this is an example of a device giving you a tactile response. 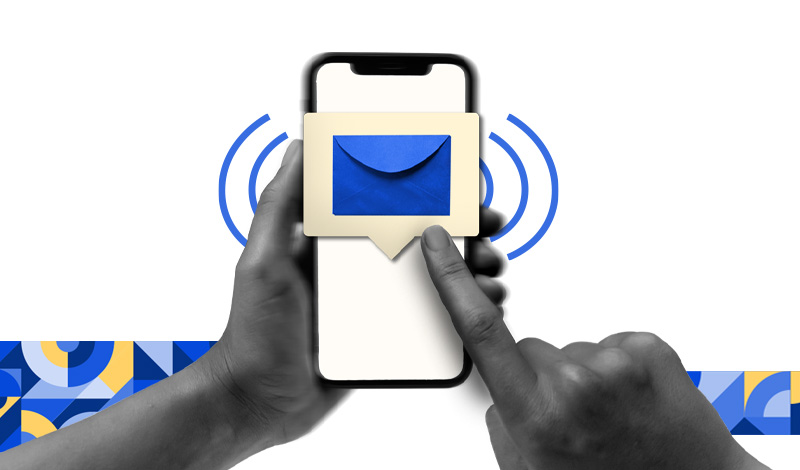 Or if you’re a gamer, you should be well-acquainted with the feeling of your controller vibrating in your hands to make a statement.

These examples are haptic technology at its most basic level. But haptic feedback goes a tad further where communication is concerned.

Haptic feedback is designed to respond to user touch specifically. You know that jolt that happens when you long-press something on your smartphone?

This sort of interaction is more intimate, to put it one way. The machine in question is consciously making the effort to respond to your touch communication.

How Does Haptic Feedback Work?

Haptic defines a family of technologies that work similarly. But each haptic technology communicates in different ways.

Here are some of the most common haptic technologies in use:

Vibrotactile haptics is the most widespread haptic technology amongst commercial haptic devices.

It’s the buzz of your phone and the rumble of your controller. What’s most interesting about vibrotactile feedback, however, is that the technology seeks to communicate sound through vibrations.

Generally, humans have a receptor in their brain called Pacinian Corpuscle that is tuned in to detect these special sound vibrations.

Through feeling sounds, you can react to subtle cues about objects you interact with.

It might be hard to fathom, but when you run your finger on a surface, it is sound vibrations more than anything, that let you know whether that surface is rough or smooth.

Devices using vibrotactile feedback tend to rely on motors to do the trick.

In an Xbox controller, for instance, there’s a motor on either side of the controller. When the motor responds to an in-built trigger in a video game, it spins.

The unevenness of the weight gets a good vibration out of the controller. And that gives gamers a cue that there’s something to be excited about.

Ultrasonic mid-air haptics is the latest technology in haptic feedback, which genuinely seems like it came out of a modern science fiction film.

Mid-air haptic technology generates tactile sensations on a user’s skin in mid-air, without needing any direct interaction with the user’s body.

The scientific root of this phenomenon involves ultrasonic phased arrays. These arrays focus acoustic radication in space and deflect the skin, stimulating a tactile sensation.

In practice, such a sensation is difficult to describe. But you can guarantee it’s the next big thing in virtual reality applications.

Microfluidics technology utilizes fluids that flow through and are confined in containers.

The geometrical constraints create pockets of pressure or temperature on a user’s skin.

Point-of-care (PoC) diagnostics in the healthcare industry are a major facilitator of microfluidics. Blood testing especially takes advantage of this technology.

Force control haptic technology encompasses large-scale mechanical devices that exert force on some part of the user’s body or their full body.

This type of haptic feedback normally works via a robotic lever or controller. The manipulator of the lever can feel the force the controller is experiencing.

They can also adjust the level of force they receive the reduce physical fatigue.

Force feedback is exceedingly helpful in the manufacturing process for its sensor capabilities as it ensures a machine is exerting the proper amount of force for a given task.

Interactive touch, in this case, typically requires the use of human fingertips. Similarly, touchscreens are the optimal physical surfaces to deploy surface haptics.

While at first surface haptics might not seem any more interesting than a simple vibration, the possibilities are endless.

What if you went online shopping and it was possible to feel the fabric of the clothes you’re considering buying?

The crux of this innovation is active friction. Passive touch surfaces can be a virtual environment in and of themselves.

Naturally, delivering surface haptics for commercial use is the latest challenge among modern application development trends.

Without getting into the science fiction of it all, you’ll want to familiarize yourself with the two principal types of haptic feedback.

Both forms of feedback below are vibrotactile, which will be the most viable technology to use within your business.

You can combine these forms of feedback to seriously awe your users.

Transient haptic feedback is by definition brief. It comes and goes.

These impulses occur at a specific point in time, perhaps when you toggle a switch or swipe left on of those proverbial dating apps.

The patterns that take place in continuous haptic feedback are more akin to the vibration of a ringtone.

The feedback is noticeably lengthy and happens over a period of time.

User experience (UX) thrives on custom interactions. Users want to be immersed in the digital experiences they seek out.

As technology becomes more and more modernized, immersive experiences must involve a sort of interactivity that older generations could never even imagine.

This is why there are smart applications that store user data and tell you everything from your favorite song to your heart rate.

Likewise, businesses that prioritize mobile application development are constantly on the lookout for ways to enrich their consumers by making frequent updates and collecting user feedback.

Any app reviews you’ve seen likely challenged the user interface (UI) of a particular app or the ads that appeared far too often.

Users want technology that works with them rather than against them. That much is clear.

Haptic feedback is a clever technology that businesses can use to improve the UX.

Today, games are by far the most popular type of mobile app and take up more than 20% of the app market.

If you’ve been paying attention, then you’ll understand why this is relevant. Mobile games are the missing puzzle piece when it comes to using haptic feedback to its full potential.

Using Haptic Feedback in Your App

There’s no doubt that using haptic feedback in your app is a fruitful decision. But do you have the team to make it happen?

At Trio, we hire experienced developers and then train them further to ensure that they can meet every objective businesses throw at them.

Ultimately, Trio ends up with an eager roster of talented developers who want the best out of their projects.

Any scalable business has the same goal. And Trio is here to help you reach it.

What is haptic feedback?

Haptic feedback refers to the use of touch to communicate with users.

How does haptic feedback work?

How does haptic feedback improve the user experience?

Users seek a truly interactive experience with their devices and react positively when their device responds to their input.