What Does a React Developer Do?

With JavaScript being the world’s most famous programming language, and React being one of it’s more popular frameworks, it’s only natural for the common layman in the software development realm to ask, “What does a React developer do?”

Like with anything related to JavaScript, what a React developer does likely involves the internet and web development in general. But the specifics of web development tend to carry a bit more nuance.

To find more answers related to “What does a developer do?”, don’t scurry away. Today, you’ll take a deep dive into learning what a React developer can do for your business, as well as the cost and skills associated with the profession.

What Is a React Developer?

To understand what a React developer is, you must first know what React is. React is an open-source technology, owing its initial release to Facebook who maintains React along with a passionate community of developers.

While most believe that React is a framework, this is probably the biggest misconception where React is involved. This mix-up occurs so regularly that it is entirely socially acceptable to call React a framework, and hardly a software developer would turn their head.

Rather, React is a JavaScript library for building user interfaces (UIs) and UI components. A component combines JavaScript and HyperText Markup Language (HTML) to display a small piece of the larger UI.

For reference’s sake, JavaScript’s primary purpose as a front-end scripting language is to handle most or all of the interactivity that goes on in a web page from button clicks to scrolling bars. HTML, on the other hand, uses tags to structure the text content on a web page.

At some point, Cascading Style Sheets (CSS) also comes into play so React developers can design the aesthetic elements of a page from fonts to color choices.

Related reading: Xamarin vs. React Native - Which One To Choose?

What Does a React Developer Do?

The 2020 State of JavaScript Survey shows that React places highly for both usage and satisfaction. But if so many people use React, then what exactly does a React developer do?

React developers build web applications or use React Native to develop mobile apps on the client-side of development. This requires the use of core front-end technologies like JavaScript, HTML, and CSS.

What Are the Skills Needed for React Developers?

As established there are three principle technologies needed for any endeavor towards front-end development: JavaScript, HTML, and CSS.
HTML and CSS are not exactly programming languages, but any front-end developer must know how to reliably navigate through the syntax of these technologies to build a coherent UI.
JavaScript will do the brunt of the work when it comes to building your website or web application. Or in the case of React Native, you’ll be building a mobile app using the ‘learn once, write anywhere’ paradigm.

React developers should have mastery of these skills before they even begin to implement React into their front-end development projects.

Keep in mind that React itself has its own knowledge base with many tools and gizmos that your developers will need to know to use the library optimally.

Being a JavaScript developer alone will not suffice. React developers must have an acute familiarity with the React library.

Related reading: Flutter vs. React Native - Side by Side Comparison

How Much Does It Cost to Hire a React Developer?

In the United States, the average salary for a React developer is $108,175 or $52 an hour. This data was collected from ZipRecruiter which compiles information from employer job posting and other third-party sources.

React developers can make as low as $14,500. Often this is because they live in a low-income area or are not particularly specialized in React. React developers who make as much as $163,000 are usually senior developers in their field.

Many tech companies look to nearshore and offshore countries to find React developers at a lower rate. Outsourcing can be a convenient way for small and medium-sized companies (SMBs) to meet their needs while reducing the damage to their wallet.

Senior developers who are based in Latin America, for instance, make about $100,000. While this is a great value considering the cost of living in South America, this is relatively inexpensive compared to developer rates in the United States. 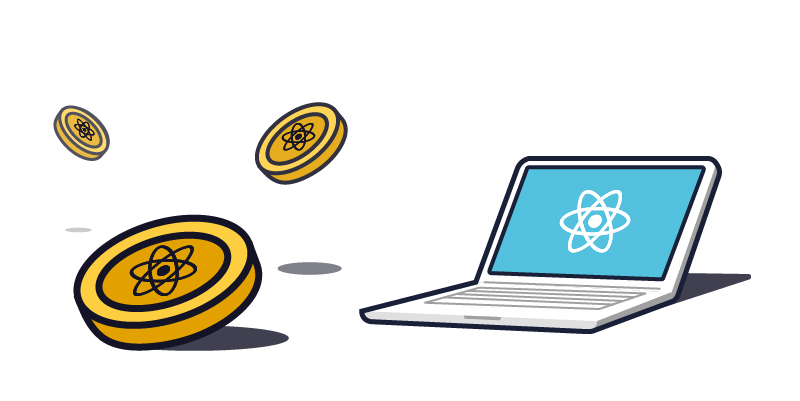 Related reading: The Complete Guide on How to Hire React Developers

What does a React developer do? React developers use the React JavaScript library to build UIs for web applications and websites. They are well-equipped with all the skills necessary to fulfill a front-end web development project.

Hiring the right React developer for your next software project at a reasonable price can be difficult. Luckily, Trio is on your side!

React is a JavaScript library for building user interfaces (UIs) and UI components.

What is a React developer?

What does a React developer do?

React developers build web applications or use React Native to develop mobile apps on the client-side of development.