What Do Software Engineers Do?

These days you probably hear ‘Silicon Valley’ and ‘Mark Zuckerburg’ so much they feel like vocab words. But it’s not just about the glamour. Software engineers have a drastic impact on how you and just about everyone else run their day-to-day lives.

From Facebook to TikTok to your preferred word processor whether that be Google Docs or Microsoft Word, software engineers often help people connect with others and the space they occupy when it would otherwise be very difficult.

Technology plays a large part in how humans navigate the world. While older generations often criticize the technology itself, human people – also known as software engineers – bear much of the responsibility for these tools.

And no matter what boomers might say, there are some objectively wholesome if not powerful things that can be accomplished with technology like reaching out to loved ones or spreading an important message.

Keeping all this in mind, you might be wondering what exactly software engineers do? Keep reading to find out.

What Is the Role of a Software Engineer?

Software engineering is a branch of computer science that includes developing software and computer systems. Typically, writing code or programming is a large part of the development process. Through programming, software engineers can design anything from games to operating systems.

To do this, professional software engineers will have mastery of several programming languages, depending on which ones they prefer or which ones are most in-demand in the industry.

Most recently, the most popular programming languages include C, Java, and Python, according to the September Tiobe Index which measures popularity based on major search engines.

Of course, the programming languages a software engineer uses can largely differ depending on the specific type of work they do.

The development process is also much more than programming alone. Making sure code is functional and user-friendly is just as important.

What Does a Software Engineer Do?

Quite a few of these tasks revolve around the notion of effective communication. In fact, if this wasn’t part of the process then software would be essentially useless.

While it’s important to have a software engineer who has expertise when it comes to technical skills, having soft skills are similarly crucial in the development process.

Why Is Software Engineering Important?

Software engineers have a direct role in building nearly every single great technology that humans know and use today. This sounds quite dramatic; but it’s true. Without software engineers, you’d be living in a pre-50s era science fiction movie.

Humans these days use smartphones as an extension of their bodies. And the apps, user interface (UI), operating system, and all else of smartphones are developed by software engineers.

Just about every person you know uses Netflix or Spotify for some quality downtime. These streaming services are due to software engineers as well.

Even the hermit who has distanced themselves from all technologies might need to pick up some food at their local grocery store. Well, contemporary cash registers rely on software engineering too.

Clearly, it’s impossible if not very difficult to not give software engineers credit for their influence on the world. Let’s not underestimate their importance. Now keep scrolling and don’t forget that software engineers developed this website too.

What Are the Different Types of Software Engineers 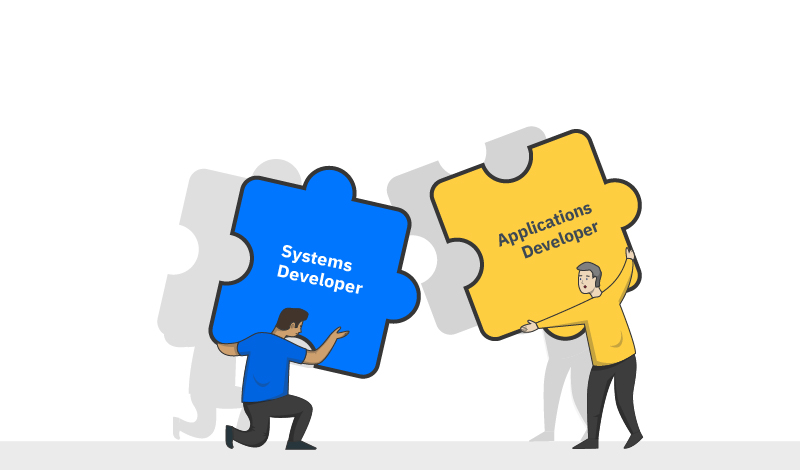 Web developers and mobile developers fall under this definition as well as graphical user interface (GUI) developers who build the UI from which users interact directly with computer functions.

Systems software developers are sometimes called systems engineers or systems developers. Much of their role consists of back-end development. They build large systems and work closely with hardware.

As systems developers manage hardware needs as well, they tend to have careers in information technology (IT) and enforce IT standards.

As technology evolves, the demand for software engineering remains high and it doesn’t look like it will decrease any time soon. Software engineers have evolved from building IT products to problem-solvers that address complex business and social challenges and develop essential solutions.

It is a popular career choice, not only because it has promising growth and high pay, but because it can be fulfilling in many ways. You get to change the world with your work, fix problems, and impact people’s lives.

The market is full of good professionals, but what skills and abilities separate great software engineers from good ones?

Software engineering is a process and not a set of rules written in stone. Being able to hear other people’s opinions, accept new ideas and technologies while not getting hung up on one thing leads to better engineering overall.

You may not always agree with your team members, but listening to their ideas and trying to understand before giving judgment will give you a chance to look at the problem from a different angle and come up with a viable solution.

Every victory and failure is the result of teamwork. Knowing how to make the team cooperate and align with the same goals defines a great engineer.

3. Great software engineers are able to give and be receptive to constructive feedback.

A great engineer can distinguish between constructive feedback and baseless criticism. They also know how to communicate their opinions in a way that will be heard and understood.

Feedback is a crucial part of engineering. It’s the most direct way of figuring out what is working for the client and the team and what is not. The software development process often needs to be adjusted and calibrated for the project to be completed in the right way and in the given timeframe.

Putting personal preferences aside and leading the decision-making process with data is the only way of knowing what is best for the project and your client’s business.

Personal judgment and ideas are great, but they need to be supported by data or experience to prove themselves worthy. Informed data-driven decisions help to minimize risks and optimize processes in the project.

Too much of either perfectionism or pragmatism can hurt the workflow. Finding the right balance of both will curb many problems that may arise in the software development process.

In the end, this balance will result in a high-quality product. Great software engineers aim high but remember to keep their feet on the ground.

6. Great engineers have an aptitude for business.

Sometimes an app that looks perfect on the paper just won’t click with people. Behaviour is often driven by emotions, not logic. A great software engineer knows how to create a product that will satisfy both the end-user and the client’s business needs.

Hope for the best but prepare for the worst. A great programmer knows to test and inspect every part of the program before trusting it.

Where a good programmer may ignore an imperfection, a great one will make sure that it doesn’t cause a bigger problem in the future by addressing it immediately.

How To Hire Software Engineers

Hiring software engineers starts with having a good grasp of what you’d require a software engineer to do for your business. Run with this idea and write a good job description to attract potential candidates on job networks. Here’s what to do: 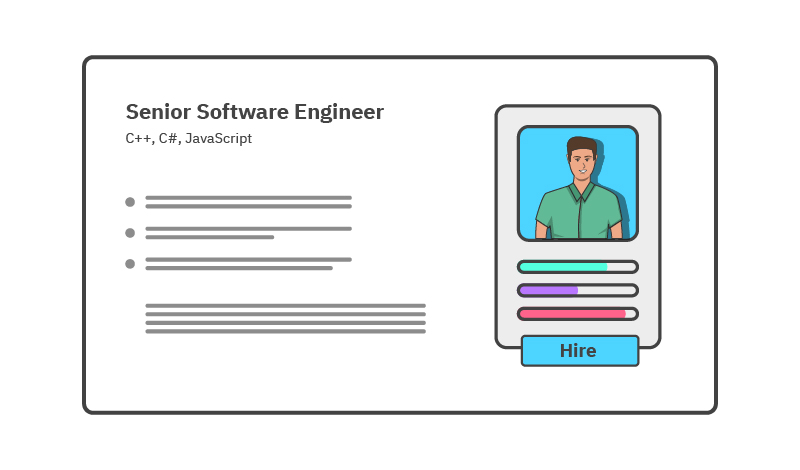 How Does Trio Hire Software Engineers

Trio developers are specifically sought after based on their ability to communicate. While finding a developer who can list off several dozen technical skills is easy enough considering the hub of knowledge the average person has access to these days, often soft skills are what make all the difference.

The core skills that every Trio developer has consist of communication, problem-solving, adaptability, empathy, and time management. These skills are essential for any collaborative project, and software development is by nature team-oriented.

In looking for developers, Trio hiring managers also maintain that they are keen on finding someone with a “cultural fit” who can “talk about their passions”. This is evidence that the potential hiree truly cares about growing in their field.

On the other hand, a developer who “[hasn’t] experimented with a new technology in the past year…tells another story,” according to the co-founder of Trio, Alex Kugell.

You could say that this is relevant to Trio’s mission and definitely worth mentioning in the job description. Developers who are just looking for a quick buck need not apply!

Of course, getting to know the true intentions of a developer ties back into those communication skills that you’ll get a glimpse of across the first couple of interviews. But an honest job description can weed out the worst apples.

Here at Trio, we value the talent of our engineers. We have hand-picked a team of highly-skilled, knowledgeable, and experienced software engineers that we’re proud of.

If you want to get started developing, tell us about your project and we’ll tailor a fine-picked team to handle the job!

What Is the Role of a Software Engineer?

Software engineering is a branch of computer science that includes developing software and computer systems. Typically, writing code or programming is a large part of the development process. Through programming, software engineers can design anything from games to operating systems.

What Does a Software Engineer Do?

A software engineer does a number of things each day that ultimately culminate in building a software product.

Why Is Software Engineering Important?

Software engineers have a direct role in building nearly every single great technology that humans know and use today. This sounds quite dramatic; but it’s true. Without software engineers, you’d be living in a pre-50s era science fiction movie.