Virtual reality (VR) is no longer just science fiction. It’s part of your present-day reality. In fact, some industries have already had a taste of the new technology and are enjoying the benefits that it provides.

VR offers a controlled environment for mimicking real-life scenarios with little to no risk for the person in it. To learn more about where virtual reality is being used, and why, continue reading!

What Is Virtual Reality?

Virtual reality is a simulated experience that can occur anywhere in the world. Most people these days are familiar with VR headsets that fit over one’s head and can be worn like glasses or goggles.

Samsung Gear VR and Oculus Rift maintain some of the most popular and expensive VR headsets. These connect to virtual experiences that can be accessed via smart devices or video game consoles.

Other VR experiences involve multi-projected environments that include more heightened senses like touch, similar to what you’d expect from a 4D production.

With VR headsets at least, you’ll be able to have a full 360° experience. Those using VR have the ability to look around an artificial world and with the right complementary devices, they may be able to walk around and manipulate that world as well.

The exact history of virtual reality is unknown but it’s been a topic of conversation for centuries. However, it is only recently that technology has emerged to transform fantasy into reality.

Here are 10 industries where VR is making a breakthrough: 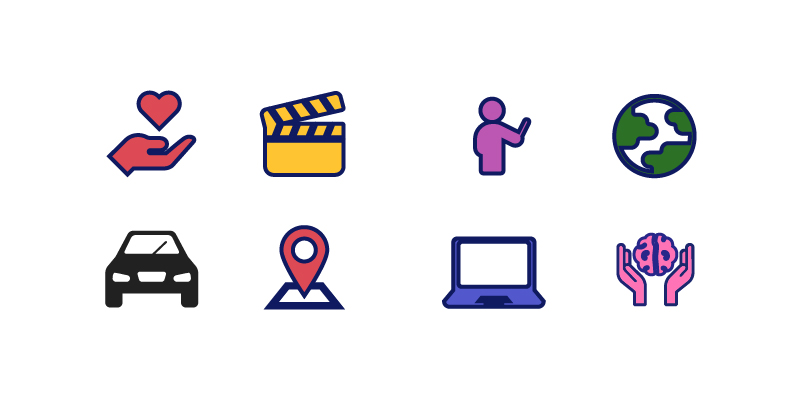 The most important way VR is modernizing healthcare is through training. VR facilitates an environment to learn and grow outside in real-world situations.

With VR, specialists who need to perform very precise operations can practice without being in the midst of an emergency.

And practitioners who need to get familiar with the hospital environment can do so without the extra stress involved.

The technology is also being used in cognitive behavior therapy where patients with phobias and anxieties work through their problems in a controlled environment.

The entertainment industry was one of the first to incorporate VR and still remains one of the strongest examples of how it can be applied. If you look at online and/or console gaming, you will see that VR has a strong presence in this industry.

Similarly, VR is being introduced to cinemas and theme parks to simulate movie-like adventures and let people experience their favorite cinematographic masterpieces.

VR helps car manufacturers in analyzing road scenarios and the behavior of cars. The simulated situations allow them to analyze and make changes to the prototypes before developing a new model.

Virtual reality is widely used in the development of smart cars that will flood the market in the future. Cars learn how to drive, turn, and stop using artificial intelligence (AR) and virtual reality.

Even though education is believed to be a rather slow industry to pick up new trends and technologies, VR has already shown a lot of promise.

For adults, it means that any industry can provide professional training to their employees. But for younger students, VR is part of educational games, field trips, and in general experiencing the world.

Given that these two industries have to operate in rather dangerous environments that can’t be easily accessed, VR provides conditions for making things as close to reality as possible for training.

VR enables trainees to go through preparation with minimal risks and even helps soldiers suffering from battlefield trauma to overcome these conditions and prepare for new or unexpected situations.

Using VR, architects can not only envision what they’re building but understand how it feels as well. This allows them to experience the space before it is built and make real-time changes to deliver customer satisfaction.

While most people don’t like commercials, experiencing the use of a product close-up can actually be an entertaining and enlightening experience. There are a variety of applications of VR in digital marketing.

For example, retailers can show potential customers how a product will look in their home. Or nonprofits can create more empathetic messaging for political issues.

Occupational safety and health (OSH) is a concern for workplaces with machinery or natural hazards.

These workplace dangers can be addressed in a simulated environment so workers can learn how to respond to them effectively without being hurt.

Much of this industry relies on VR so that a patient can embody someone else and imagine reality from a different perspective or worldview. Immersive environments can leave positive impacts on future social interactions.

Try a holiday before you buy it. No, seriously. One pointed virtual reality application is tourism.

You can go on guided virtual tours of hotels, landmarks, restaurants, and whatever else you may want to visit on your next vacation. And then when you do go, you know you won't be disappointed.

What Programming Languages Are Used for Virtual Reality?

When it comes to the intersection of software and hardware that’s involved in making technology like VR, not all programming languages will suffice.

There are only a few specific languages that can get the job done. 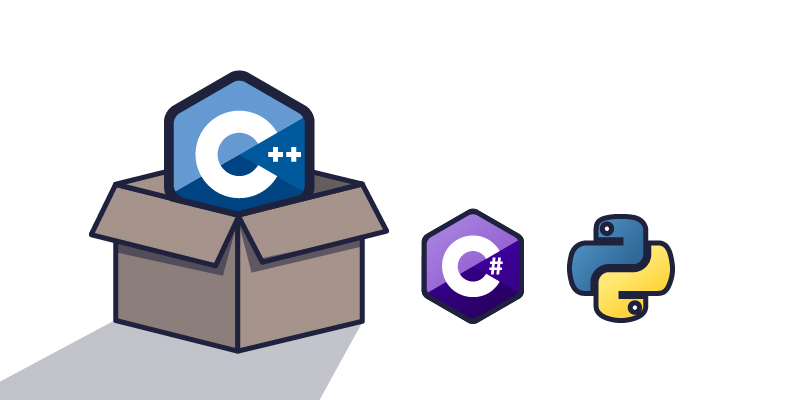 C# is a general-purpose, multi-paradigm language. Its most popular usage is as part of the Microsoft .NET framework which has various development tools. This includes the cross-platform mobile development framework called Xamarin and the game engine Unity.

Unity is especially important for building virtual reality applications as it is a platform for real-time 2D and 3D game development. Of course, extending this use case to VR games would not be a problem.

C++ is an extension of C, a popular middle-level programming language. Middle-level languages, including C++ naturally, have the benefit of low-level memory manipulation making them more viable to work closely with hardware.

For that same reason, the language is used in yet another game engine, Unreal Engine. Unreal Engine markets itself as being the “world’s most open and advanced real-time 3D creation tool…[delivering] immersive virtual worlds.”

Java is a general-purpose, object-oriented programming language with a quarter of a century of years behind it.

The language’s low-level aspects – somewhat mirroring the memory management in languages like C# and C++ – and its large set of built-in libraries make Java a great language for building virtual reality environments.

JavaScript first gained its popularity by being one of the very first languages to allow for dynamic web development. Most web browsers rely on JavaScript, making the language suitable for WebXR Device API, a platform enabling VR through your browser.

The first four languages are the prime picks for virtual reality development. But Python deserves an honorary mention. Python is pretty straightforward and will speed up development projects, especially those using VR.

The language also comes equipped with several packages that can aid in the building of virtual reality applications.

How To Hire a Developer for Virtual Reality Projects

For example, you should have enough input to understand how to choose your tech stack for the project, including which language would work best for development.

You should also look for developers with experience in game development as many virtual reality applications are in gaming. As with any developer, your job candidates should have deep knowledge of the software development life cycle (SDLC), particularly because VR projects are often high-stakes.

Last but not least, you should consider outsourcing your virtual reality talent. This will leverage your flexibility and nearly guarantee professionalism and the completion of your project. Outsourcing developers has become a popular way of meeting project needs.

Now that you know several ways in which virtual reality can be used, you can think more carefully about which technologies will boost business growth.

Much of this is covered by choosing the right programming language to use in developing VR projects.

But another big part is finding a team of developers who can do the work and do it well. Learning how to hire the right developer can be difficult. Some businesses even choose to outsource abroad as an alternative.

If you’re still unsure, don’t be afraid to reach out to Trio for a free consultation. We provide developers who care about seeing your project from start to finish.

What is virtual reality?

Virtual reality is a simulated experience that can occur anywhere in the world. Most people these days are familiar with VR headsets which fit over one’s head and can be worn like glasses or goggles.

What programming languages are used for virtual reality?

The most popular programming languages used for virtual reality application include C++, C#, Java, and Python.

What are some virtual reality applications?

Virtual reality is primarily used in gaming. But in recent years, virtual reality has also been a part of healthcare, education, entertainment, and automotive industries -- among many others which you'll peek in the article.