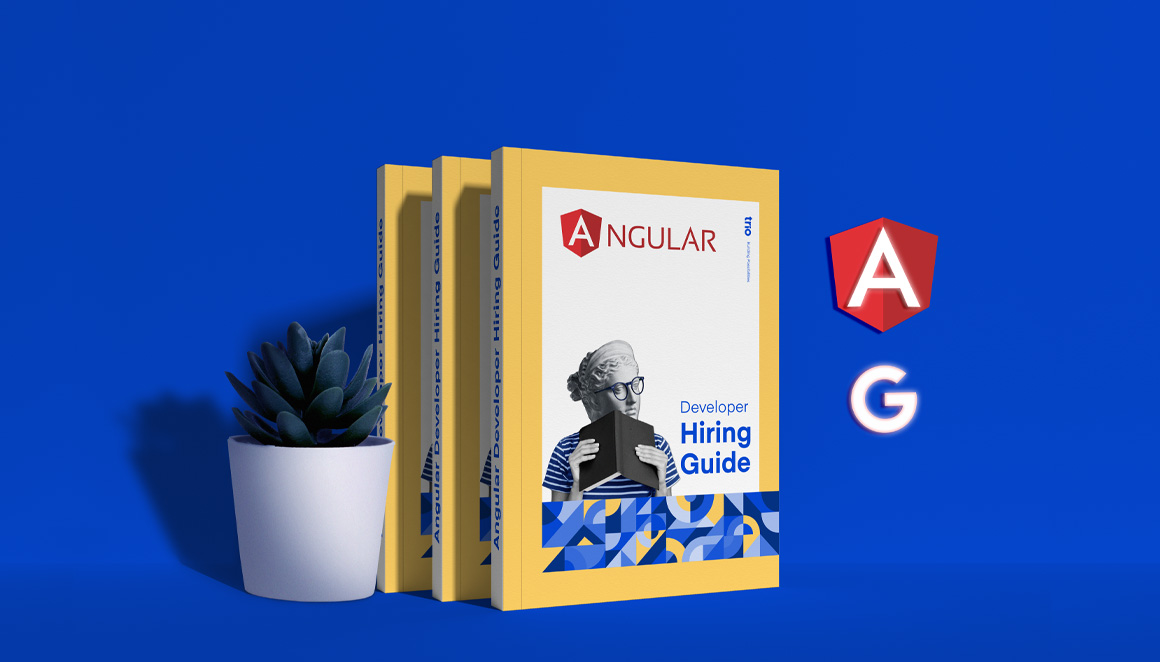 Although oftentimes overshadowed by React.js in terms of popularity, Angular has established itself as a viable solution for deploying highly usable visual interfaces for web apps.

Developed and backed by Google, Angular provides a framework for web-developers to create beautiful, highly-dynamic apps that balance performance with functionality. It’s important that users like your user-interface, but it’s equally important that your developers are in-tune with the visual framework you use to design it.

Luckily, many of the developers that work with Angular seem to enjoy its useability and continue to craft remarkable UI’s that are stable and work well for their users.

Let’s break down some reasons why you might want to use Angular for your project.

Angular is a web application framework let by the Angular Team at Google. It’s a platform for building web and mobile applications but originally started out as a pure frontend framework. In 2015, AngularJS was rewritten from the ground up to be the platform it is today.

Unlike AngularJS, Angular is written in TypeScript which is a superset of JavaScript. TypeScript brings a number of advantages such as the ability to catch errors earlier, along with some maintenance benefits like better IntelliSense when working in VS Code.

Angular is also very particular in the way it thinks things should be built. Many developers refer to Angular as an opinionated framework.

What Is an Angular developer?

An Angular developer is someone who uses either AngularJS or the Angular platform to build web applications.

Developers who have invested time learning Angular 2x use TypeScript instead of JavaScript and have an in-depth understanding of the Angular framework along with webpack and other adjacent technologies.

On average, Angular developers are frontend developers although some might have more experience and interest working with NodeJS.

It’s beyond important to have a positive user-experience that keeps your customers coming back to your app.

The user-interface is one of the most important aspects of ensuring your customers enjoy the experience they have within your app.

From making sure they can find what they want to do, or ensuring their information is displayed accurately within the app to reflect their individual experience, it’s fair to say that the visual design of your app matters.

Choosing Angular makes sense for a lot of companies for a variety of reasons, it just depends on what kind of experience you are trying to build.

A huge distinguishing factor of Angular is that it is a full visual framework, unlike React which is merely a visual library to use. This comes with an array of advantages, such as providing more guidance to your development through a more rigid development environment.

A lot of web-developers like this, as it ditches a more free-form method of designing UI’s for a more established “design language” to be followed. Google’s Material Design philosophy has been pushing design language for quite a few years now.

By having a more structured design language, it’s much easier to guarantee your app’s UI is stable and consistent across devices.

A lot of the tools found in Angular serve to create a development experience. In this sense, it’s a very developer-friendly language.

Angular is designed to be used with Typescript, which is noted for being highly approachable by developers. It also provides a lot of tools to enable faster development like test environments and modules that make documentation easier to read and understand.

There are a number of reasons why Angular is one of the most popular frameworks around today. Let’s take a look at the advantages of using Angular.

Angular is based on TypeScript, which is a superset of JavaScript. Think JavaScript, but better. TypeScript code easily compiles to JavaScript. TypeScript has better error identification while typing the code, which enables developers to fix mistakes right away.

Angular 2 and future versions are backward compatible, which is a big thing when looking at reducing the amount of maintenance work a developer has to do to keep code relevant. Updating your Angular project is much safer because of this as you can update without having to change the codebase.

Angular applications are organized in modules. Different functions of your application require separate modules that run together. Modules can be either from the standard Angular package or made custom.

You can also integrate ready-made components developed by the Angular community. In addition, “lazy loading” is supported which means that your application loads only what is needed, resulting in better performance.

Angular keeps everything organized by requiring the developer to think about their application in terms of components. Components are reusable and easier to read and understand. This is especially helpful when bringing on new engineers to the project. They will have an easier time understanding the various components that make up the app in its entirety.

Testing is easier with Angular thanks to modularity. Additionally, there are different Angular testing technologies such as Protractor, which is effective for end-to-end testing, and Karma which is good for unit testing.

You can use Angular to build web, native, and mobile apps. Angular also allows developers to create progressive web apps—web applications that load like webpages with extra functionality that is usually offered only by native mobile applications.

Angular has a very active community across the web. There are also plenty of Angular conferences worldwide and knowledge is easily shared in communities such as StackOverflow. There are no signs that Angular will fall out of favor any time soon.

Companies Who Use Angular

Hiring an Angular developer, and thus choosing to build your web application using Angular, is a great choice if you are looking to build something on a technology that won’t be going anywhere anytime soon.

Despite Angular being such a popular framework, there is still a shortage of supply when it comes to experts. This is in part due to Angular’s steep learning curve in comparison to libraries like React or Vue.js. However Angular is much more well-rounded and structured than those options as well.

How to hire Angular developers

For those who wish to take the high road and hire Angular developers on your own, we’re still here to help.

What to look for in an Angular developer

At a high level, Angular developers should be able to:

How much do Angular developers cost in the U.S?

The average salary for a Senior Angular developer is $137,430 per year in the United States, according to Ziprecruiter.com data.

How much do Angular Developers cost in South America?

Due to economic differences between the United States and South America as a whole, the cost of offshoring software development is significantly lower than hiring full-time with U.S talent. For Angular developers in South America, the average salary is currently around $100,000 whereas a mid-level developer costs around $76,000.

How much do Angular Developers cost in Ukraine / Eastern Europe?

Eastern Europe shares very similar rates to South America, again due to the economic differences. When looking at salaries in Eastern Europe, data shows that a Senior Angular Developer costs around $100,000 on average.

Do I really have to worry this much about frontend?

Often seen as the most overlooked performance metric for your apps, UX is immensely more indicative of how your app is doing than most give it credit for.

Although not technically limited to the user interface of an app, a large part of a user’s experience in your app comes from interacting with it.

One bad experience with an app can turn a user off from it indefinitely, considering that the user-experience is arguably one of the most important aspects of your app.

It’s important to understand how your users are interacting with your interface in order to properly gauge how their experience is within them.

By using a framework like Angular, you can make sure your customer’s experiences remain consistent across platforms.

Why Hire an Angular Developer

Trio Angular developers are pre-vetted, interviewed and then trained further to become true software professionals, capable of adapting to situations that are both within and outside of the scope of their general expertise.

Streamline Your Project with Trio

A lot of developers will claim they understand UI and UX, while when the time comes to actually display their skills they fall short. The importance of having somebody who knows what they are doing behind your UI and front-end development cannot be understated.

We have a full-time team of web developers who are ready to take on your Angular project.

Working in a US-friendly time-zone, it’s never been easier to coordinate with remote developers on a contract basis.

We handle all the heavy-lifting in outsourcing your talent, ensuring that all of our developers are qualified and ready to take on any kind of project you throw at them.

If you want to see how we can help you with your Angular project, feel free to start a conversation today.