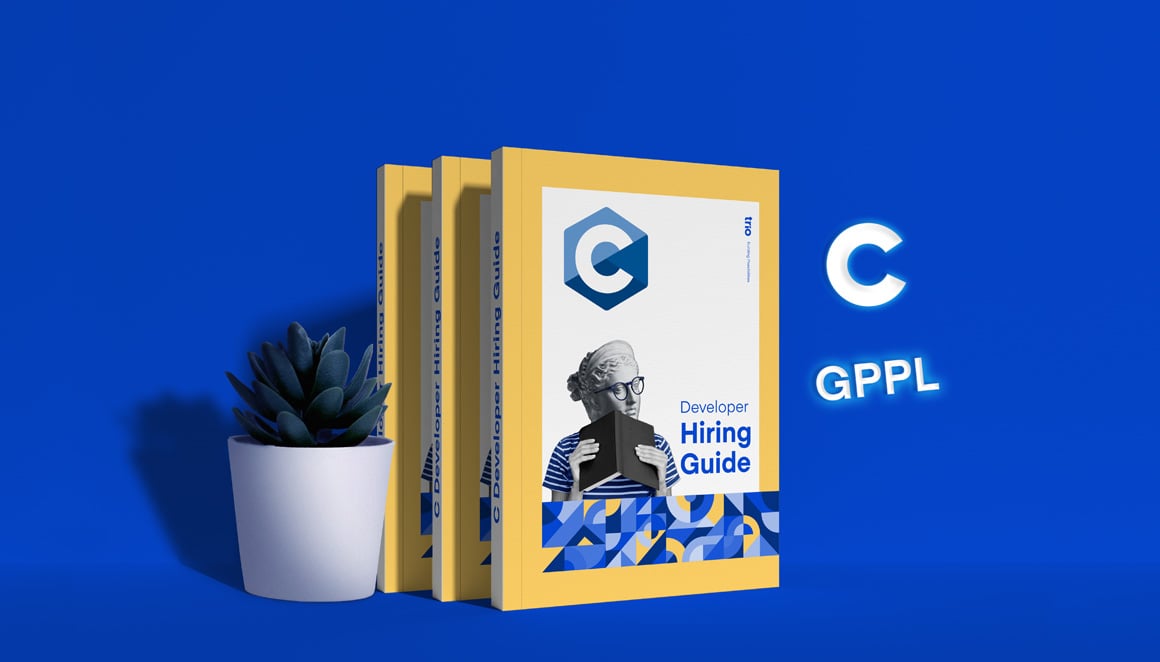 C is a general-purpose programming language, meaning it can be used for a wide variety of purposes from building operating systems to computer applications. The language also supports a number of features and paradigms including structured programming, lexical variable scope, and recursion.

With structured programming, alternatively called modular programming, code is readable and there is leeway for reusable components, which most developers find helpful.

Lexical scoping refers to the semantic scope of variable names in a function or program. In other words, lexical variable scope answers the questions of whether a given variable has meaning outside of the function it is written in – and this is determined by the surrounding code.

In recursive programming, functions have the ability to call on themselves, whether directly or indirectly. The utility of this feature is to break up a problem into smaller problems. Specifically, coders can use a previously established value to compute a new one.

The main advantage of static typing is early error detection. This can help to reduce the time spent debugging later on.

As far as background, C was developed by Dennis Ritchie in 1972. Its initial purpose was to write operating systems. Low-level access to memory, the use of simple keywords, and a clean syntax makes C easy to use for such a task.

Overall, C is one of the optimal programming languages when it comes to systems programming.

Systems programming is programming where developers build integral software systems that other applications rely on. These systems include firmware, operating systems, and development environments.

C flourishes in this undertaking because it is a middle-level language. Low-level languages like assembly language talk to computers in the most direct format that you can imagine. The downside of this is that humans struggle to keep up with the conversation.

This is why there are high-level languages. High-level languages abstract machine code to where human developers can talk to computers on their own terms. Most coders have found this to be the most efficient way of writing programs.

What Is a C developer?

C++ is nearly a superset of C. Save a few minor details, the two languages are very similar. Expert C developers may learn C++ as well to increase their effectiveness.

Other languages in the repertoire of C developers might be higher-level languages and frameworks that work well with C like Java, Node.js, and Python.

The first and foremost justification for using C would be if you wanted to build an operating system. After all, in the 1970s, C was the vessel in which UNIX was re-designed. But despite the goal-oriented origins of the C language, various elements of its development make it a fitting language to use for an array of needs.

There are only a handful of middle-level languages. And if you were to pick them out, you’d probably come up with Java and C++ in addition to C, and there’s even some dissent there.

Either way, the general consensus is that C is a middle-level language. Because of this, C is one of the best languages for building both systems and applications. Therefore its usage is by definition flexible.

As a programming paradigm, structured programming allows developers to make complex programs by compartmentalizing their codes into simpler structures via task-oriented functions. Some examples of structural programming in action are if-else statements and for-loops.

Though many languages make use of this type of programming, C may very well be the oldest structural programming language that still maintains its popularity. This is because C is reliable.

Portability describes how compatible certain computer programming languages are in diverse environments. In the case of C, the language plays a major part in Windows, UNIX, and Linux operating systems, demonstrating its portable nature.

C is general-purpose. In effect, no matter what you want to develop, C is there for you – for games, graphics, applications, and more.

C is equipped with a number of supportive features to develop keeping high-level functionality in mind. As the intent of C was to develop operating systems, its features must be fully comprehensive and performant.

The library C offers is rich with built-in features and is furnished with dynamic memory allocation. What’s more, C has much less library functions than other languages but just as many functions, simplifying their deployment.

In computer programming, keywords are the smallest building blocks of programming that work as gateways to writing complex code.

Keywords like if, else, and return may be familiar to you. The C language only has 32 keywords, overall only a small number to remember and eventually master.

Developers use C for embedded systems because it is flexible. The high-level abstraction of C combined with its low-level alliances make it a great language for this sort of development.

Companies That Use C

Reasons to Hire a C Developer

It’s fairly common for businesses to go the mobile app route in contemporary software development. They’ll cross out a couple of months on their calendar, get a grasp of Java or Swift – for Android or Apple respectively – and be on their way.

App development is an accomplishment no matter how you do it. But when things become commonplace and you follow the lead of your competitors, it becomes difficult for your business to stand out.

If you wish to stay competitive, your business needs to be challenged. Rather than putting an app on the app store, why not develop an entire software.

Adobe, most Google applications, and the entire Linux operating system was built with C. These are software systems that have topped the technology sector and have garnered worldwide familiarity and usage.

Most popular C programs aren’t simply apps, they’re relevant components of daily work and life for millions of users. Depending on the developers you hire, you’ll have the resources you need to do the same.

It starts with a good idea, and the right developers to manifest it. Hire a C developer.

C is well over 30 years old. With languages being built every other fortnight, it’s hard to keep up with the competition. But somehow C has managed all the while.

Of course, old age does come with consequences. The market favors young people who favor young languages. This doesn’t make C less trustworthy or useful, but it is a little tougher to find the professionals you’ll need to program in C.

Trust the process, trust your research. Trio also has resources to help you. Take a look.

How do you hire a C developer?

For those who wish to take the high road and hire C developers on your own, we’re still here to help.

What should you look for in a C developer?

C developers at a high-level should demonstrate the following skills:

Due to economic differences between the United States and South America as a whole, the cost of offshoring software development is significantly lower than hiring full-time with U.S talent. For Senior C Developers in South America, the average salary is currently around $100,000 whereas a mid-level developer costs around $76,000.

Eastern Europe shares very similar rates to South America, again due to the economic differences. When looking at salaries in Eastern Europe, data shows that a Senior C Developer costs around $100,000 on average.

Why Hire a C Developer?

Trio C developers are pre-vetted, interviewed, and then trained further to become true software professionals, capable of adapting to situations that are both within and outside of the scope of their general expertise.