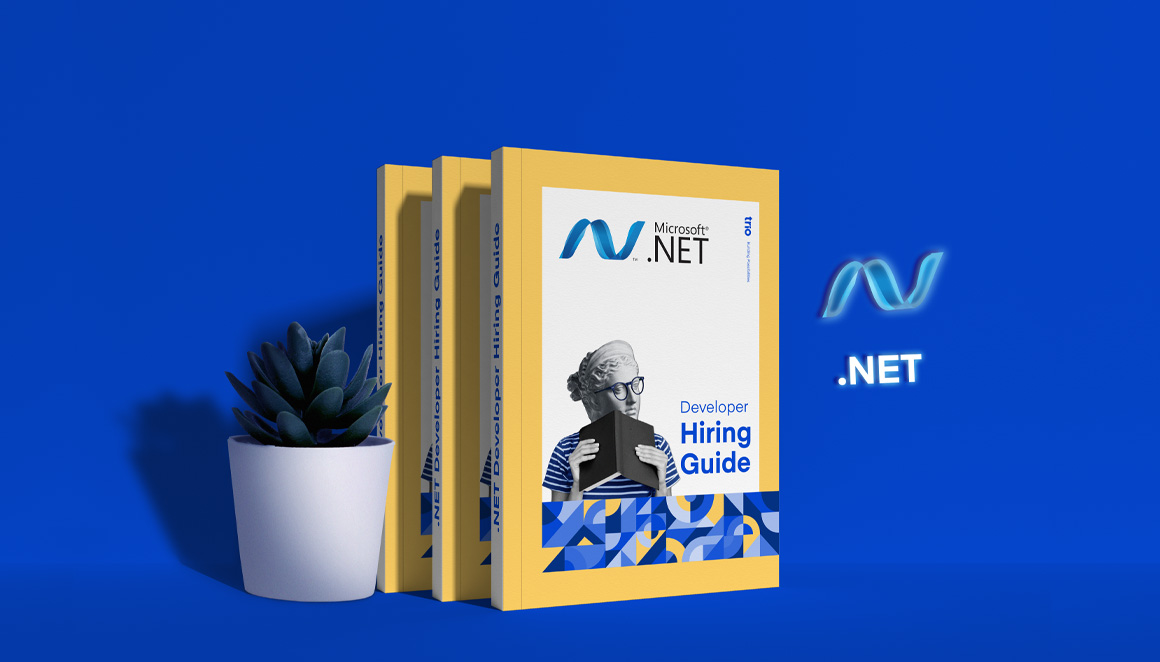 .NET is an open-source developer platform, created by Microsoft, that helps developers build web, desktop, and mobile applications. It was designed to be cross-platform and work with multiple languages in the .NET ecosystem.

With .NET, a developer can build many different types of applications that can scale easily and perform reliably.

There are 3 major implementations of .NET that handle different kinds of application development all based on the .NET Standard API.

.NET Core is a cross-platform implementation used to build websites, servers, and console apps on macOS, Windows, and Linux.

.NET Framework is used to build desktop applications on Windows.

What is a .NET Developer?

A .NET Developer is familiar with one or more .NET implementations and is proficient in C# and possibly other Microsoft languages. Their main role is to design and build web applications and business systems.

Companies Who Use .NET

Finding a good .NET developer can take a bit of effort despite being backed by Microsoft. As JavaScript has grown in popularity, .NET has taken a backseat regarding web development but is still a powerful option when working with desktop applications and larger scale business applications that wish to take full advantage of the Microsoft ecosystem.

Even so, there are still .NET developers around who are passionate about the platform.

However, finding a good developer is not as easy as it seems. With all of the freelance marketplaces and job boards available, you’d think it would be easy to find your rockstar and get started. How do you go about deciding if a developer joins your team?

How to hire a .NET developer?

For those who wish to take the high road and hire .NET developers on your own, we’re still here to help. Hiring a developer on your own is a very focused and hands-on process that requires considerable knowledge about software development in general.

What to look for in a .NET developer

At a high level, .NET developers should be able to:

How much do .NET developers cost in the U.S?

According to ZipRecruiter and other sources, the average annual pay for a Senior .NET Developer in the United States is between $35,000 and $167,000 a year.

How much do .NET Developers cost in South America?

Due to economic differences between the United States and South America as a whole, the cost of offshoring software development is significantly lower than hiring full-time with U.S talent. For Senior .NET Developers in South America, the average salary is currently around $100,000 whereas a mid-level developer costs around $76,000.

How much do .NET Developers cost in Ukraine / Eastern Europe?

Eastern Europe shares very similar rates to South America, again due to the economic differences. When looking at salaries in Eastern Europe, data shows that a Senior .NET Developer costs around $100,000 on average.

Why Hire a .NET developer

Trio .NET developers are pre-vetted, interviewed, and then trained further to become true software professionals, capable of adapting to situations that are both within and outside of the scope of their general expertise.