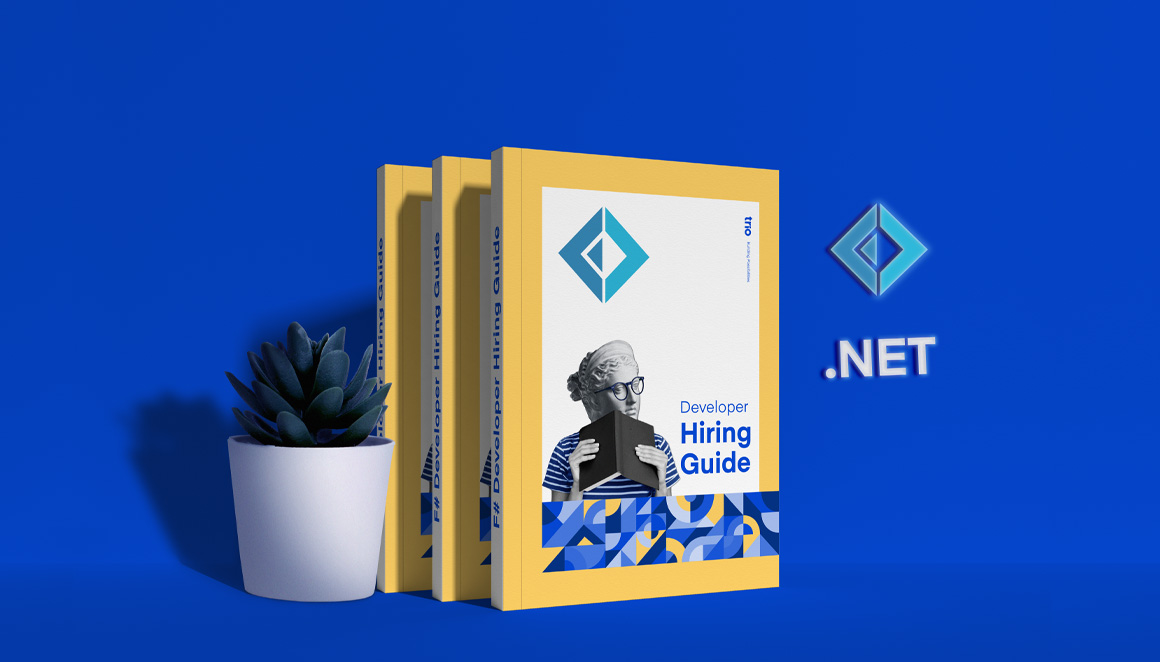 The .NET environment gives developers many tools to aid businesses’ software development needs. While C# may be the most familiar language from .NET Core, you may have more options than you know.

F# is another language within .NET. It’s mainly used for finance applications and is equipped with an assortment of features to make development easy and stress-free.

Functional programming is a programming paradigm where programs are built by composing pure functions. For many, this makes it easy to write clear and maintainable code. F#’s lightweight syntax likely contributes to this effect as well.

Of course, F# is multi-paradigm and imperative and object-orienting programming paradigms are equally supported in F#.

In imperative programming, code is written using statements that change a program's state, alike to the meaning of imperative in a grammatical sense.

Object-oriented programming is particularly favored amongst the majority of software developers. This programming paradigm allows programmers to manipulate objects through code with intuitive data modeling in order to better simulate real-life scenarios.

As F# is strongly typed, it has strict restrictions on how values of different data types are changed and stored, meaning that errors may arise during programming when these restrictions are ignored. But the advantage is less run-time errors.

Some of F#’s features like immutability, type inference, and automatic generalization support its capacity for strong typing.

Languages like F# that are immutable by default do not permit variables to be changed after their declaration.

Pattern matching and asynchronous programming are two other highlighted features of the F# programming language.

Within the context of computer science, pattern matching is a core feature of functional languages where a given sequence is checked against an existing pattern to streamline some methods. Search and replace is a good example of pattern matching.

Asynchronous programming is a feature of .NET Core languages including C#. It is a means of parallel programming in which a unit of work can run alongside the main application, enabling multiple things to happen at once.

You can use F# to build web applications through JavaScript and graphic processing unit (GPU) code.

F# was developed by Microsoft. Like C#, it is a part of .NET Core, the successor to .NET Framework, both of which are free, open-source, computer software frameworks. The .NET Core framework is cross-platform offering access to Mac, Windows, and Linux operating systems.

What Is an F# Developer?

F# is general-purpose meaning that it can be used to develop virtually any kind of application. Therefore F# developers can be web developers, systems programmers, mobile app developers, and so on.

Considering the language’s diversity, you can also expect that F# developers work on the front-end, back-end, or even have the expertise for full-stack development.

Naturally, this makes F# a viable option for numbers that require analysis and modeling, which is crucial for financial calculations.

However, this does not mean that F# is limited to that niche. Many testimonials demonstrate that F# has been used for a variety of purposes.

You can use F# to build web applications through JavaScript or write graphic processing unit (GPU) code.

F# can also be practically applied to civil engineering. As an illustration, Waagner-Biro is responsible for such architectural feats as the Reichstag in Berlin, the Great Court in the British Museum of London, and the entrance pavilions of the Burj Khalifa in Dubai.

Complex scientific computation is at the core of all of F#’s diverse uses. And functional programming has a vital role in affording this attribute.

F# is packed with many advantages that can benefit your business and the developers who’ll use it. It provides developers with the ability to solve complex problems in a simple way.

Unlike C#, F# is relatively free of ‘noise’. That means, there’s no curly brackets, semicolons, and symbols of that nature distracting developers from the essentials of programming.

And thanks to F#’s type inference, developers will rarely need to be bothered with specifying data types.

These factors all lead F# to be generally more concise to many other programming languages of its kind.

First-class objects especially are very powerful as they let developers handle objects dynamically as if they were variables.

Because F# is strongly typed, many common errors can be easily avoided. F# is designed for correctness, and it is actually difficult to write incorrect code.

F# supports asynchronous programming, providing concurrency in a very practical way. The language carries a built-in actor model that is used for concurrent computations. To add, F# supports functional reactive programming as well as event handling where data flows do not need to be delegated chronologically.

While functional programming is the prize of the F# language, developers do not need to be tied down to only one thing. As mentioned, F# can operate in multiple programming paradigms.

Not to mention, F# is part of the .NET ecosystem meaning it has access to many tools and libraries and can run on many platforms. F# developers are also privy to a well-supported IDE in the form of Visual Studio.

Companies That Use F#

Reasons to Hire an F# Developer

If your business has a highly analytical undertaking, F# could be the solution to your business needs. F# is exceptional for programming financial applications. As you might expect, finance is an integral part of any business pursuits.

For applications that must have noticeably scientific processes, F# is immensely useful as well. Whether you’re working with biology or buildings, F# can deliver.

But if you really want the best from F#, you need qualified developers to make it happen. Keeping in mind the various features that F# can offer, it takes a true professional to utilize them to their full capacity.

F#’s steadfast place in finance makes it an attractive language in the industry. Developers can earn a high salary from the language and businesses can reap the benefits of both the language and the tools and libraries of its cross-platform .NET framework.

Granted, F# isn’t very popular. And if you need help figuring out how to go about hiring F# developers, you’ll find some guidelines below.

How do you hire an F# developer?

For those who wish to take the high road and hire F# developers on your own, we’re still here to help.

What should you look for in an F# developer?

F# developers at a high level should demonstrate the following:

Due to economic differences between the United States and South America as a whole, the cost of offshoring software development is significantly lower than hiring full-time with U.S talent. For Senior [Tech Stack] Developers in South America, the average salary is currently around $100,000 whereas a mid-level developer costs around $76,000.

Eastern Europe shares very similar rates to South America, again due to the economic differences. When looking at salaries in Eastern Europe, data shows that a Senior [Tech Stack] Developer costs around $100,000 on average.

Why Hire an F# Developer?

Trio F# developers are pre-vetted, interviewed, and then trained further to become true software professionals, capable of adapting to situations that are both within and outside of the scope of their general expertise.

Comparing C# and F# isn’t really productive. Its best to know the advantages of each language and see how they can be utilized for your business. C# is an object-oriented language, for one, but F# is a functional first language. C# is known for making Windows desktop and F# for finance applications.

What does interoperability mean?

Languages within .NET have interoperability. In a software context, interoperability means that different software tools whether that be IDEs, frameworks, or languages can exchange information because they are cross-compatible. For instance, you can write C# code in a F# program or F# code in a C# program.

Is there support for F#?

F# is a fully supported language which you can credit to Microsoft’s .NET framework and its integration with Visual Studio.

It’s true that F# isn’t as popular as its competitors. But many developers say that F# is preferred to C#. Some have rumored that Microsoft has some bias towards C#, creating a hierarchy that overshadows F#. That said, F# is a valuable language so you can assume it won’t die off anytime soon.

Is F# easy to learn?

Not quite. F# is exceedingly pragmatic but – especially so if you’re not familiar with functional programming – F# can be hard to learn.