What Is Golang Used For? 7 Examples of Go Applications

Its first official release being in 2012, Go is a refreshingly new programming language. What is Golang used for? Google – the name behind the development of Go – had hoped that Golang applications could empower developers and the systems they worked with.

And for all intents and purposes, this goal continues to be reached as programmers routinely rely on the language for their projects.

Many Go projects demonstrate that Golang is commonly used for the following applications:

Take a closer look at where Go is being used and why.

Go, often called GoLang, was designed to respond to heated critiques against other languages used at Google. In fact, Go’s designers have a noted animosity towards C++ with a long list of simplifications they developed through Go.

That said, most Go developers come from Python and Ruby, not C++. To add, many elements of Go are inspired by other languages. For example, Go borrows static typing and run-time efficiency from C and readability and usability from Python and JavaScript.

All the features of Go contribute to its primary benefit – stability. For example, static typing promotes flexibility by not requiring the explicit initialization of variables. This plays into the prevention of runtime errors, improving runtime efficiency.

Some other perks of Go include its high-performance networking and multi-processing. This also allows for overall faster computing. And of course, these features stand alongside code that is made to be easy to use and easy to read.

Go produces code that “will continue to compile and run without change, in many environments, on a time scale of years”, in the words of Andrew Gerrand.

Go comes equipped with just about everything you need such as a basic test library, synchronization primitives, templating, and more. The result is using fewer dependencies while coding in Go.

Forward compatibility is one feature of Golang applications that keeps things simple. The concept ensures that new Go updates don’t cause any broken gears in your programming.

The learning curve for Go is notably shallow. The documentation is easy to read and utilizes a no-frills syntax. Some go as far as to say that you could learn Go in one evening.

There are less than 30 keywords which might be an indicator of how simple the language is. Creating a small Golang application should be easy as pie. 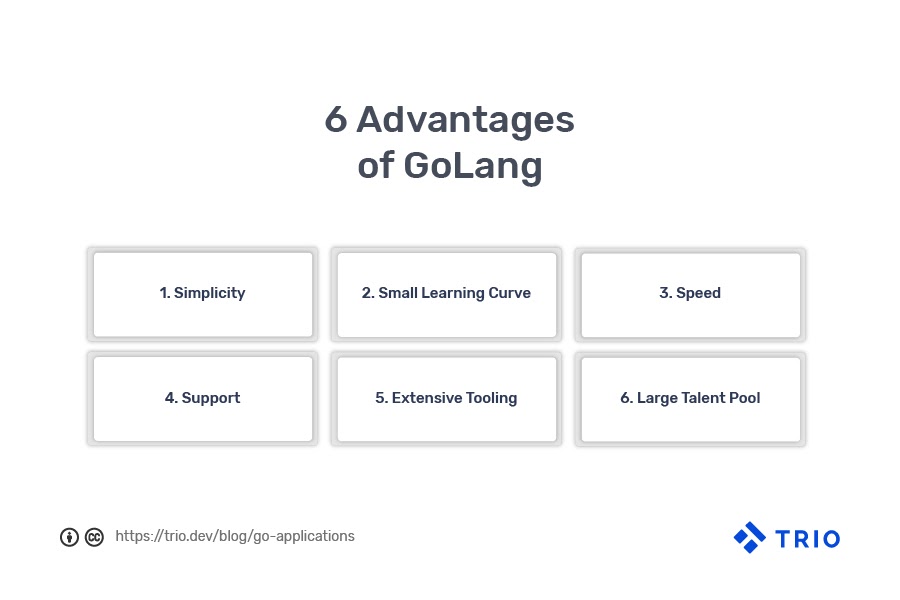 You’re all set to build Golang applications on Windows, Linux, and Mac. There are also many integrated development environments (IDEs) and editors that support Go, including the following:

As an open-source language, Go is no stranger to tools and modifications that strengthen its usefulness. Golang’s GitHub repository, for instance, hosts various plugins to enhance your Golang applications.

A couple of tools worth noting are Gotests and Revive. Gotests provides an easy way of generating table-driven tests via core logic. Revive extends a framework for the development of custom rules in Go.

According to the 2020 State of Software Engineers report by Hired, Go is among the hottest programming languages being used today. In consequence, you’ll have many developers to choose from when you need to hire someone for your project. And to that same end, quite a few of them will be talented.

What Is Golang Used For?

Golang’s support for concurrency makes it an excellent choice for handling bottlenecks that prevent scalability.

Backend developers can reap the most benefits from Go. Using the language, developers can handle heavy requests on the server-side with minuscule memory usage.

If you want a better idea of how you can use Go, take a look at the following companies using Go right now:

Below are some more specific examples of where Go can be used. Here are seven Golang applications.

Concurrency thrives in any networking environment. Using goroutines and channels, Go is naturally suited for developing network services such as APIs, web servers, and mini frameworks for web applications.

The same concurrency and networking features align with its high portability across various platforms make Go an exceptional language for cloud computing. As a matter of fact, many stand-out cloud platforms like Kubernetes were built with Go. Google Cloud also uses Go to enhance scalability and performance.

Many old infrastructures were rewritten using Go in an attempt to modernize what’s become obsolete over time. A new version of the Network Time Protocol (NTP) – an internet protocol for clock synchronization among networks – relies on Go.

Since Go is fully functional with little to no dependencies, the language is well-suited for building small tooling items. These can launch quickly and be packaged for redistribution at a moment’s notice.

The British Broadcasting Corporation, more commonly known as simply BBC, has been using Go on its backend for some time now. It’s probably safe to assume Go’s capacity for multithreading to maximize CPU usage helps more often than not when it comes to managing a massive multimedia website.

Similarly, Youtube, SoundCloud, and Netflix all run on Go. Capable data processing is one of the main advantages of Go, so it’s no surprise that these online platforms which control tons of data to distribute to their patrons have chosen to work with Go.

The busy bustle of everyday life requires technology that can accommodate the everyday person who needs fast and reliable service. The best example of a service like this is Uber which uses Go to get to users in the nick of time for just about every request.

What Are the Limitations of GoLang?

Despite its simplicity, Go still has some setbacks. Perhaps because Go is so simple, it is less descriptive than other languages. What can be accomplished with a few lines of Python, may take several lines in Golang applications. Developers may feel that their code is a bit disorganized as a result.

Go is also extremely young. Before its official release, the language was publicly announced in 2009 after being developed in 2007. Thus, the language is over a decade old. But this is relatively new compared to the most traditional languages like Java and Python, which were released in the 1990s.

The downside to this youth is that Go can be difficult to implement with older platforms that aren’t quite ready for it, so to speak. And programmers using the language may not be as well-adjusted either.

Yet another pitfall is that you can’t build generic functions in Go. This severely limits code reusability and efficiency. Developers must take extra time to think about workarounds for this issue. 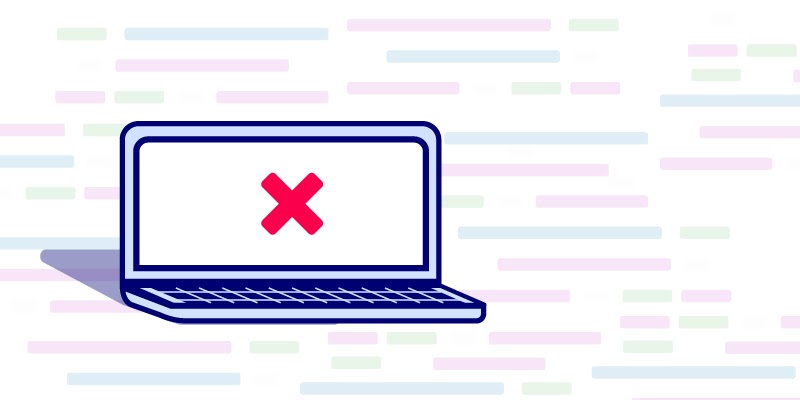 How To Hire the Right Go Developer

When it comes to hiring developers, there is always more brunt work than expected. Hiring developers, whether they be Go developers or something else entirely, requires enough technical expertise to understand what exactly you will need for your development project and recognize which developers can provide that.

Thankfully, Trio offers several resources explaining how to do just that. Check out the Trio blog for a complete guide that will take you through the steps and important tidbits to remember about hiring a software engineer.

Hopefully, the information you learned today not only answered, “What is Golang used for?” but gave you some insight into future Golang projects for your business.

Go can garner you many advantages, namely concurrency, and simplicity. As such, you can use Golang in any environment where speed and networking power need to be priorities. It goes without saying that nearly every tech company would treasure these abilities.

The one snag with Go, or any technology for that matter, is hiring professionals who have the skills to use it to its full potential. If hiring developers on your own proves to be too strenuous, don’t fret.

Trio has a team of highly qualified Go developers ready to meet your project’s needs when you need them. Tell us all about it and we’ll get you started!

Go, often called GoLang, was designed to respond to heated critiques against other languages used at Google. In fact, Go’s designers have a noted animosity towards C++ with a long list of simplifications they developed through Go.

What is Golang used for?

Golang’s support for concurrency makes it an excellent choice for handling bottlenecks that prevent scalability.

What are the limitations of Go?

Perhaps because Go is so simple, it is less descriptive than other languages. What can be accomplished with a few lines of Python, may take several lines in Golang applications.