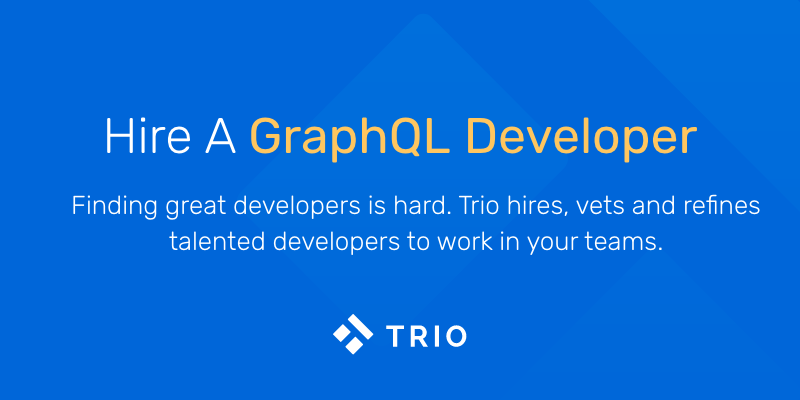 When software interacts with other software, application programming interfaces (APIs) are the vessels through which software understands not only how to interact with other software, but based on which protocols, using what conventions, and relying on what data formats, and other similar inquiries.

To write these queries, developers need more than just a run of the mill programming language. They need a tool specifically designed to write API queries. They need something like GraphQL.

GraphQL is an open-source, cross-platform, strongly typed query language for APIs as well as a runtime environment for realizing said queries with existing data. Facebook developed GraphQL for internal use in 2012 before it became publicly available in 2015.

With GraphQL, developers have access to a syntax that can describe how to ask for data. GraphQL developers can specify the data they need using a type system and collect that data from multiple sources.

Queries made by GraphQL are sent as strings to be interpreted and fulfilled by the server. The server then returns JSON to the client. JSON, or JavaScript Object Notation, is a format for storing and transporting data.

Using GraphQL, developers can define the shape of the query and the server will return results with a mirrored structure. This prevents excessive amounts of data from being returned.

What Is a GraphQL Developer?

Most if not all developers fit those criteria. Therefore, GraphQL is best understood as a specification for programming languages that any developer can employ to build a flexible API layer.

However, API developers in general must see to your business’s vision of how your software will thrive in the API economy.

Of course, the plainest reason for using GraphQL is if you need to write API queries so your software can interact with other software. But out of all the options available to users that can accomplish the same task, why use GraphQL?

GraphQL is often used as an alternative to REST. Representational State Transfer (REST) is an architectural style that provides standards for creating web services. Web services that use REST are called RESTful.

Many of the problems developers experience with REST are resolved with GraphQL. For example, GraphQL can aggregate data for the client in a single query where REST is much more chatty and requires much more input to get to the same result.

As compared to REST, GraphQL also allows for a much cleaner organization when it comes to returning specific data. The query structure is arguably more intuitive and easier to understand too.

Because GraphQL is a declarative data fetching specification there is no over or under fetching. GraphQL gets just what you need.

Overall, GraphQL is a good resource for writing queries if you want to avoid waterfall network requests and need to save time.

For the developers who use it, GraphQL brings many advantages that can ultimately lead you to a more productive business model. Check out some of the advantages of GraphQL below.

Since data is defined on the server with a graph-based scheme, data can be delivered as a package rather than through multiple calls. Ultimately, this boosts efficiency.

Data can also be manipulated on the back-end without changing how the client functions. The structure of the request is dictated by the server and not the client. This isn’t possible in traditional server-client relationships where changing how the database works results in a broken application.

GraphQL is a specification meaning that the overhead involved in using the tool is notably low. Other tools in the API markets are often too invested in REST architecture for developer teams to easily adopt.

The majority of the time an API on GraphSQL can be organized into a well-structured graph schema. Because of this syntax, errors and inefficiencies are mitigated, especially where data must be translated from the server to other GraphQL compliant applications.

Companies That Use GraphQL

Reasons to Hire a GraphQL Developer

While the advantages of using GraphQL may seem perplexing for someone unfamiliar with developing software and writing API queries, this is frankly more cause to hire a GraphQL developer.

APIs are crucial to making sure your software works on a variety of platforms and they’re not something you can simply avoid working with. You have a couple of options when it comes to writing API queries, but GraphQL has proven to be a remarkably efficient choice for any who decide to use it.

It’s hard to decipher whether REST or GraphQL is more popular at the moment, but they are both doing very well in the market, so well as to say that finding a GraphQL developer should not be particularly difficult.

Hiring GraphQL developers should start with looking for developers who are proficient with the primary language(s) of your tech stack for your next software project. Then, evaluate these candidates to measure their competency by using GraphQL.

How do you hire a GraphQL developer?

For those who wish to take the high road and hire GraphQL developers on your own, we’re here to help.

What should you look for in a GraphQL developer?

You should look for the following skills and abilities in competent GraphQL developers:

GraphQL developers tend to be developers in general. ZipRecruiter data reports that software developers make between $33,500 and $138,500 a year, averaging at $86,523.

That said, there are API developers who are specifically hired to work with API designs. These developers make $115,044 annually on average. Salaries on the whole for API developers can range between $53,000 and #179,500.

Due to economic differences between the United States and South America as a whole, the cost of offshoring software development is significantly lower than hiring full-time with U.S talent. For Senior GraphQL Developers in South America, the average salary is currently around $100,000 whereas a mid-level developer costs around $76,000.

Eastern Europe shares very similar rates to South America, again due to the economic differences. When looking at salaries in Eastern Europe, data shows that a Senior GraphQL Developer costs around $100,000 on average.

Why Hire a GraphQL Developer?

Trio GraphQL developers are pre-vetted, interviewed, and then trained further to become true software professionals, capable of adapting to situations that are both within and outside of the scope of their general expertise.