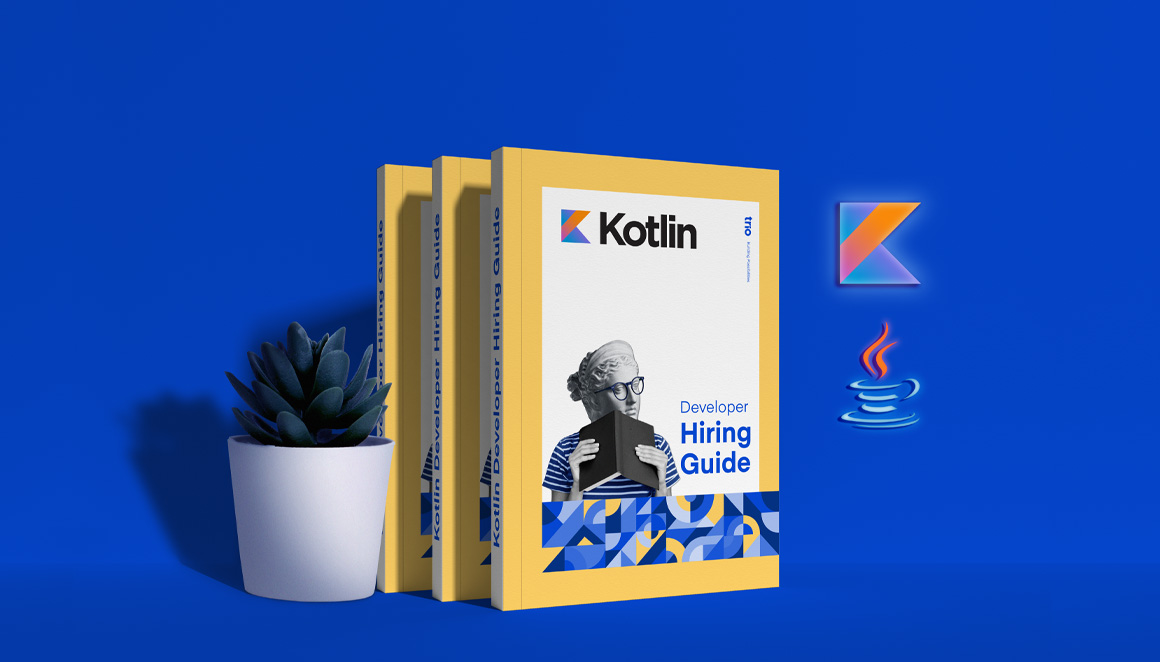 Scalable software development starts with picking a viable tech stack that can meet your business’s needs and prove to be reliable down the line. Some languages in particular are built to meet multiple demands at once.

For example, Kotlin is a Java alternative that – while often associated with Android app development – can be utilized for almost any type of development, including server-side web development.

Kotlin is an open-source, cross-platform, general-purpose programming language. Released in 2016, Kotlin is fairly modern but comes equipped with numerous features.

Just in being open-source and cross-platform, Kotlin is by definition widely accessible, from any major platform whether that be Windows, Linux, or Mac, to any developer who wishes to modify the project via its open-source licensing.

Other notable features of Kotlin include static typing, type inference, and its rather intentional interoperability with Java.

The fact that Kotlin uses both static typing and type inference suggests that the language is strongly typed, meaning that data types have strict parameters relating to how they are declared and changed throughout the program.

In terms of interoperability, this simply means that Kotlin and Java are compatible with one another. For instance, you can add Java source code to an existing Kotlin project or add Kotlin source code to a Java project.

What’s more, Kotlin works with the Java Virtual Machine (JVM), which provides an environment for Java-based applications to execute by converting code into machine language.

This is likely why Kotlin has a popular place in mobile app development. As the native language for writing Android applications is Java, Kotlin has lately been prioritized over Java to develop Android apps.

What Is a Kotlin Developer?

Given that Kotlin is based on Java, some Kotlin developers may have transitioned from being Java developers or may have decided to add Kotlin to their repertoire.

By some, Java is classified as a middle-level language. Middle-level languages can work close with hardware as they have low-level features like memory allocation but also have a high-level abstraction so developers don’t need to know how to read 0s and 1s to understand the syntax.

Because of this, middle-level languages are especially useful for systems programming like building operating systems or embedded systems with dedicated functions – like those programmed into robots or digital cameras.

Arguably, Java is less middle-level than C languages. But unlike some languages, building a desktop application, for example, is a fairly natural development task with Java. Kotlin has a similar capacity.

JavaFX and TornadoFX are both well-known frameworks for building desktops user interfaces (UI). It has support for all popular architectural patterns such as model-view-controller (MVC), model-view-view-model (MVVM), and model-view-presenter (MVP) patterns.

Most applications of Kotlin, however, are for developing Android applications. Through Kotlin Multiplatform, you can share codebases between Android and iOS, and effectively build cross-platform apps as well.

Web development is also a popular use of Kotlin, and developers can share code between the client and server. The Ktor framework can help web developers build asynchronous servers.

Considering that Kotlin is essentially a Java copycat, what’s the primary motivator that would compel someone to choose Kotlin over Java? Well, there are several.

Developed in 1996, Java is a reliable, but admittedly old programming language. Kotlin is 20 years Java’s junior and works with Java just fine. In this way, you get all the benefits of Java plus all the advantages of Kotlin that its modernity can provide.

Kotlin itself claims to do away with boilerplate code. Boilerplate code is a common description of verbose languages where sections of code have to be included in multiple places with little to no alteration.

Type inference, data classes, properties, and smart casts are some features that contribute to Kotlin’s conciseness. With smart casts, the Kotlin compiler tracks conditions inside of an expression.

On the topic of safety, in being strongly and statically typed, Kotlin is objectively safer than languages that are not designed with these features. These features leverage checking and error detection to reduce bugs in the code and runtime errors.

Kotlin supports many integrated development environments (IDEs) where developers can write, test, and execute code. In fact, Kotlin was developed by JetBrains, a software development company popularized for its development tools, especially its IDEs for Python, JavaScript and of course, Kotlin.

Kotlin also supports Android Studio, an IDE for Android mobile app development. This support system signifies that Kotlin developers will nearly always have a convenient environment to maintain their code.

One of Java’s setbacks is frequent issues with nullability. In other words, if a variable doesn’t have a value there isn’t a systematic way to represent this.

But the absence of certain values is actually common in Android. Thankfully with Kotlin, you can actually declare values as “null”.

Inlining, or inline expansion, is a feature of functional programming that allows for a short line with a function call to be expanded to the full body of the function. You can also play with functional concepts to make functions more concise and explicit.

Even when scaled up, it takes less time to write and deploy new Kotlin code. A few features that are employed to accomplish this are object declarations, parameter values, and extension functions.

While object declarations and parameter values are traditional for object-oriented languages, extension functions are unique to Kotlin. Kotlin lets developers extend a class with new functionality without having to inherit from the class.

As an illustration, you can write new functions for a class, even if it is derived from a third-party library that can’t be modified.

Companies That Use Kotlin

Reasons to Hire a Kotlin Developer

Mobile app development tends to be the most straightforward way to start a career in software development. Startups need only be familiar with the native language for the platforms they want to market to.

There are even less requirements for developing mobile apps with Kotlin, as you can build a cross-platform app and save time and resources.

Web development is also an essential part of any business. A website is crucial for building your brand and attracting customers to your service or product.

All these project ideas can be fulfilled with Kotlin. Or you can opt to develop something entirely different. Either way, you will need Kotlin developers to manifest such a project in real-time.

Mostly due to mobile app development, Kotlin developers are in high-demand. Kotlin’s compatible nature with Java makes it an easy switch for companies who enjoy using Java but want to take advantage of Kotlin’s additional features.

This means that you’ll have a large pool of qualified applicants if you have future plans for mobile app development.

To be sure, there will likely be no shortage for Kotlin developers in any other area of development. Looking for more specifics? Trio can offer some guidance below.

How do you hire a Kotlin developer?

For those who wish to take the high road and hire Kotlin developers on your own, we’re still here to help.

What should you look for in a Kotlin developer?

Kotlin developers at a high level should have the following skills:

Due to economic differences between the United States and South America as a whole, the cost of offshoring software development is significantly lower than hiring full-time with U.S talent. For Senior Kotlin Developers in South America, the average salary is currently around $100,000 whereas a mid-level developer costs around $76,000.

Eastern Europe shares very similar rates to South America, again due to the economic differences. When looking at salaries in Eastern Europe, data shows that a Senior Kotlin Developer costs around $100,000 on average.

Why Hire a Kotlin Developer?

Trio Kotlin developers are pre-vetted, interviewed, and then trained further to become true software professionals capable of adapting to situations that are both within and outside of the scope of their general expertise.

Is Kotlin front-end or back-end?

Are Kotlin and Java the same?

They are not. Kotlin and Java are simply interoperable. And Kotlin’s syntax is noticeably more concise than that of Java.

Immutability is a runtime property of Kotlin. This means that classes cannot be changed after their creation.

Is Kotlin easier than Java?

As mentioned, Kotlin is less verbose than Java so code is easier to maintain. In regards to learning difficulty, Kotlin may be on the same level as Java. Unless you already have experience with Java, Kotlin will be just as difficult to learn, which isn’t too difficult at all.

How popular is Kotlin?

Statistics will show that Java is still largely more popular than Kotline. But Kotlin was developers’ second most-loved language in a 2018 survey, after Rust. It is also the fastest growing language.