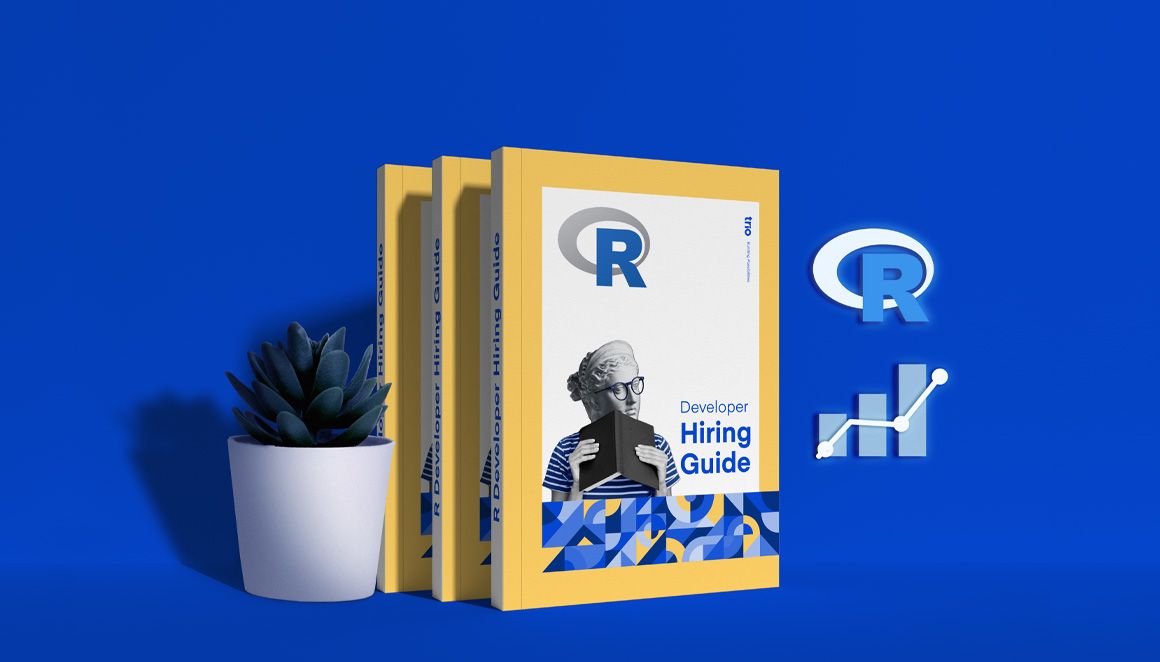 Businesses rely on all kinds of data to make decisions that reap both short-term and long-term revenue benefits and KPIs.

To organize data in a way that’s readable to the human eye, you need a special type of programming for statistical measurements and reporting. This is where R comes in.

R is both a programming language and development environment for statistical computing and graphic imaging (related to graphs, charts, and other models). Statisticians and data miners are the most likely users of this software.

The roles of statisticians and data miners somewhat intertwine. Statisticians analyze statistics, and this is towards any objective. Data miners turn raw data into useful information that businesses can use for marketing strategy.

R has been around since 1993 and it was designed by Ross Ihaka. It is based on S, another programming language that R draws its statistical capabilities from. The main improvement from S to R is lexical scoping semantics.

In programming, scoping describes the level of association between two or more elements. For example, a certain scope would define if a variable within a function is meant to be referenced only within the function or within the program as a whole.

Lexical scoping, also known as static scoping, is a set of defined rules for a program, that cannot be changed.

Other than this improvement, the source code for S and R are virtually the same. But R has much more package support. It offers many statistical features through its dynamic libraries.

According to Tiobe Index – which measures the popularity of programming languages – R is in the top ten languages as of July 2020, sitting in eighth place. At the very least this means that R is useful enough to attract many programmers to its doors.

What Is an R Developer?

R developers are computer programmers who may fall into the category of statisticians, mathematicians, data scientists, and whatever other profession works closely with statistics and data.

Because of this, R developers are usually not only developers. They may work in a primary occupation that’s not directly related to computer science and use R to supplement their work.

Whichever way, R developers are acutely familiar with how data is organized and they have the knowledge to know how to organize data too.

They have the proficiency to work with R and create meaningful content given a set of data. These skills give R developers the leverage to work at big companies who rely heavily on effective research.

R is the only language of its kind, other than S, of course, where R has enhanced its features. Though other software like Stata exists to compete against R, only R gives developers ultimate autonomy.

R is free. You can install, use, update, and modify R for free. In the same vein, R is open-source meaning developers can manipulate the language and environment to their needs. Many companies build commercial versions of R to better support customers.

If you have a proprietary version of R, you’ll have access to a paid helpline. But even if you don’t want to pay a dime, you’ll have many resources available to you.

Many blogs and forums offer the help you need for free, Stack Overflow being the most reliable of them all. R-Blogger is another accessible resource.

To the same effect, R is popular, meaning you have a large community to look to for advice. Moreover, R is becoming the standard worldwide for employers. For you, this means that many developers will be encouraged to learn R and you’ll have many professionals to choose from in a line of applicants.

R does its job well. It can create highly complex simulations and is adaptable to the performance capacity of your business.

It may go without saying but R can handle both standard and immensely complex projects. From complicated statistical modeling to building a web app, R does it all.

Generally, developing in R supplies you with a number of benefits right out of the box. Here are some things you can look forward to if you decide to work with R.

CRAN, or the Comprehensive R Archive Network, has more than 10,000 packages in its repository. These packages help with modifications so that professionals and developers of every industry can use R to support their needs.

R can work side by side with some notable programming languages like C++, Java, and Python. You can also integrate R with several database management systems.

R is a stand-alone language. It doesn’t depend on any specific platform. In this sense, it is effectively cross-platform. Windows, Linux, and Mac users can all use R.

Machine Learning is the way in which artificial intelligence (AI) learns, processes, and internalizes new information for ongoing development. R is one of the most helpful languages to facilitate this operation.

Companies That Use R

Reasons to Hire an R Developer

Data is an integral part of any project. R’s intention is to make data more approachable and useable. But you need R developers to utilize R sufficiently enough to reach that goal.

While a mere spreadsheet is a handy tool for the casual sale, your business growth will benefit from truly scalable software, and the professionals needed to manage it.

There are a few ways in which R can help you. As an illustration, Rmarkdown is a framework for reporting that can help build blogs, presentations, websites, etc. Shiny is another framework that is specialized for designing interactive web applications.

If you want to learn more about what R can do for your business, consider consulting with an R developer!

You’ve learned that R is capable of statistical organization at the most complex levels. It’s not a language for the light-hearted.

If you’re thinking about hiring an R developer, you’re on the right track. Read on and we can help you on your way.

How do you hire an R developer?

For those who wish to take the high road and hire R developers on your own, we’re still here to help.

What should you look for in an R developer?

An R developer at the expert level should be capable of the following:

Due to economic differences between the United States and South America as a whole, the cost of offshoring software development is significantly lower than hiring full-time with U.S talent. For Senior R Developers in South America, the average salary is currently around $100,000 whereas a mid-level developer costs around $76,000.

Eastern Europe shares very similar rates to South America, again due to the economic differences. When looking at salaries in Eastern Europe, data shows that a Senior R Developer costs around $100,000 on average.

Why Hire an R Developer?

Trio R developers are pre-vetted, interviewed, and then trained further to become true software professionals, capable of adapting to situations that are both within and outside of the scope of their general expertise.