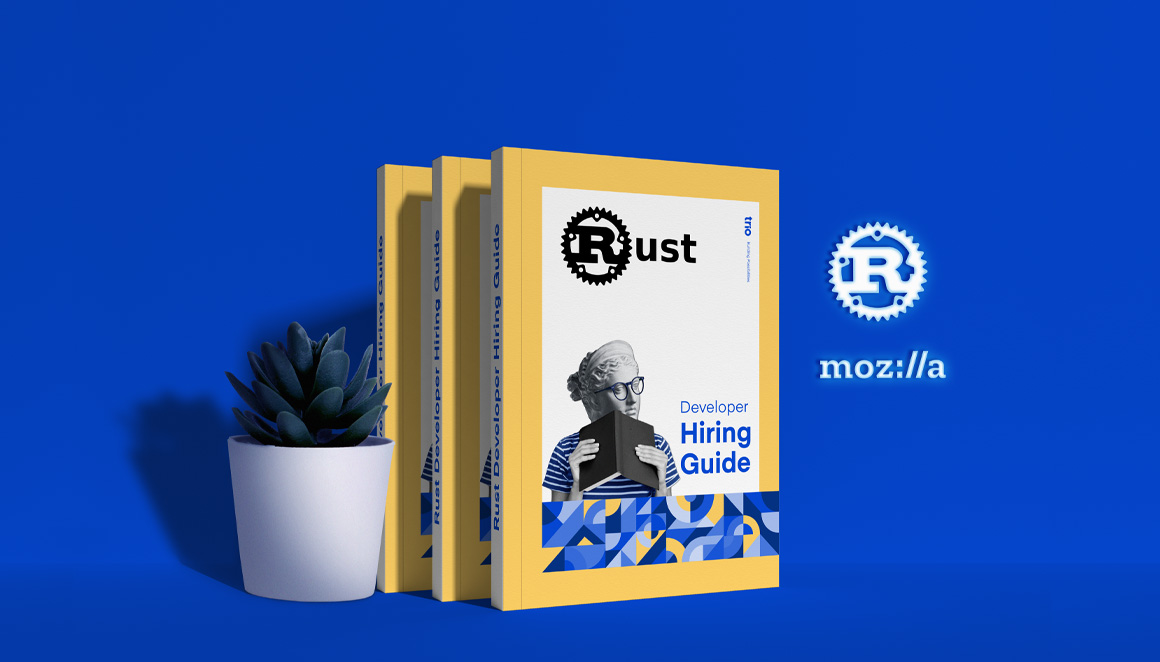 Businesses who endeavor to develop large or embedded systems should be familiar with systems programming. Systems programming empowers developers to build all-encompassing software like web browsers, mail servers, and more.

Of the programming languages available to the average developer, not many have such a capacity. The best languages for systems programming need to be relatively low-level without requiring the developers involved to literally interpret machine code.

While only a few languages make the cut, Rust is one of them. And it comes with the added perk of memory safety.

Rust is a Mozilla-sponsored multi-paradigm programming language that prioritizes performance and safety. Syntactically, Rust is similar to C++ and could be considered a middle-level language as well as it demonstrates low-level access to hardware with a higher-level, readable syntax.

As a multi-paradigm programming language, Rust is also suited for various programming paradigms from procedural to object-oriented. In fact, one of Rust’s prized features is safe concurrency.

Within the context of computer science, concurrency occurs when two or more parts of a program execute simultaneously. Being able to implement such a feature without error, especially in the large systems Rust works with, is quite a feat.

This is why, above all, Rust is mostly safe. To be clear, when Graydon Hoare released Rust in 2010 he wanted to enable highly concurrent and highly safe systems into being.

One of the ways Rust allows for this is by providing memory safety without the need for garbage collection. Efficient memory safety permits memory to be accessed whilst it is protected from software bugs and security vulnerabilities.

The borrow checker is essentially used for the same purpose. It ensures that references do not live longer than the data they refer to. This happens at compile time whereas a garbage collector runs continuously.

The result is a programming language that is both performant and safe, perhaps even more than the beloved C and C++ languages.

What Is a Rust Developer?

A Rust developer is a systems programmer with proficiency in the Rust programming language. Rust developers focus on building systems in turn for just software applications.

Some examples of the systems a Rust developer might build include servers, command-line interfaces, browser engines, and so on.

The general idea is that system programs look beyond the scope of mere web and mobile applications and work internally with the hardware of your computer.

As such, Rust developers must have a phenomenal grasp of the intersection of hardware and software and know-how exactly the two work together.

The actual responsibilities and expectations of a Rust developer will vary depending on the project you’re working on.

Though nearly or very likely every browser today, including Mozilla Firefox itself, is written in C++, memory manipulations for both C++ and its predecessor C++ are not checked for validity. This is by definition unsafe memory and by connotation, frankly dangerous.

If a C++ developer fails to write their code strictly with the utmost care, executing a program could lead to memory leaks, program crashes, segmentation faults, buffer overflows, and null pointers.

Whether or not you know the specifics of these consequences, what’s transparent is that these are not good things. Other languages like Haskell may extend a similar solution to Rust but lack deep control.

In systems programming, developers need control over memory allocation. This is why low-level access is so important.

Rust can not only render such a control, but it will guarantee that the memory in question is safe.

Rust is both speedily and surely taking over the industry when it comes to performant, safe programming languages. C++ happens to be its main competitor; but rather than throwing bets on either side, let’s look at the facts.

The main advantages of dynamic languages are that they tend to be less verbose. They can also side-step compilation entirely so developers can move through the run and debug process faster.

However, Rust happens to be a statically typed language. Developers who love Rust like that static languages like Rust can catch errors and type mismatches sooner. You’ll get hints notifying you of bugs so you can have effective, clean code by the time you need to run it.

You’ve probably heard enough about this, but it’s worth mentioning again. In short, Rust is simply safer than its competitors.

There’s not much argument to be made, especially since C++ does not offer memory safety at all. What’s more, Rust provides borrow checking in turn for garbage collecting, which is much preferred.

To name a few that are readily able to fit these criteria, some well-known languages with middle-level appeal include C, C++, and Java.

Safety is an imperative feature for any programming, but more so for large systems that make use of concurrent programming.

That said, there are no other middle-level languages that can supply memory safety without garbage collection, save for Rust. Rust is mostly safety.

Rust is not merely a programming language but an ecosystem. Via rustup you can install Rust and various toolchains to start building complex software systems.

The Rust installation also comes with Cargo, a package manager where developers can manage dependencies and build their own packages.

You can share and discover libraries from fellow developers at crates.io and find documentation for those same libraries at docs.rs.

There are chats, user forums, and a subreddit as well for Rust. Decide to go with Rust, and you’ll be welcomed to a whole community who have done the same.

Companies That Use Rust

Reasons to Hire a Rust Developer

Building a mobile app or a website is one thing, but developing an entire software system could be the key to long-term business growth. After all, major companies like Postmates and Google use Rust.

It’s up to you to think carefully about what project you want to put your energy behind. But while developing in Rust is definitely safe, it’s not easy to do on your own.

You need professional Rust developers to back you up and hold you down.

To add, Rust is not a language for the faint of heart. Rust developers are systems programmers at their core. They can write extremely low-level code whether that be for operating systems or browser engines or something else entirely.

If you’re looking to hire a Rust developer, make sure you know how to recognize meaningful qualifications and skillsets. Trio can help you with that.

How do you hire a Rust developer?

For those who wish to take the high road and hire Rust developers on your own, we’re still here to help.

What should you look for in a Rust developer?

The average Rust developer can expect to make $91,709 annually in the United States, according to ZipRecruiter data. Of course, salaries for Rust developers overall range from $19,500 to $146,000.

Due to economic differences between the United States and South America as a whole, the cost of offshoring software development is significantly lower than hiring full-time with U.S talent. For Senior Rust Developers in South America, the average salary is currently around $100,000 whereas a mid-level developer costs around $76,000.

Eastern Europe shares very similar rates to South America, again due to the economic differences. When looking at salaries in Eastern Europe, data shows that a Senior Rust Developer costs around $100,000 on average.

Why Hire a Rust Developer?

Trio Rust developers are pre-vetted, interviewed, and then trained further to become true software professionals, capable of adapting to situations that are both within and outside of the scope of their general expertise.