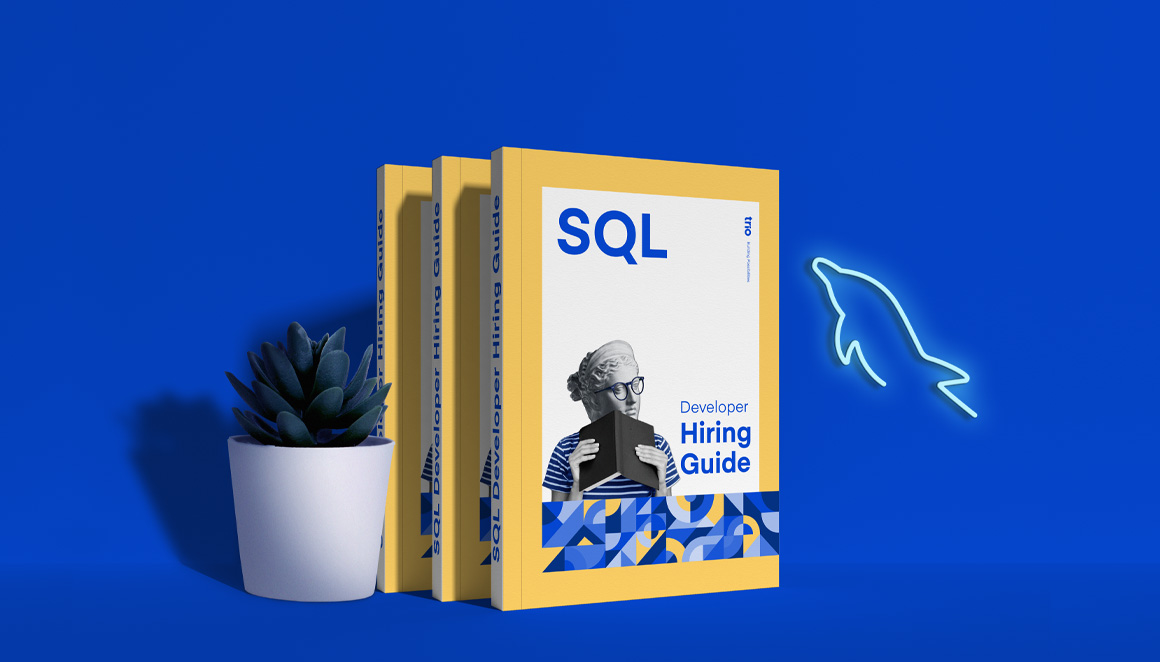 In every computer program or web or mobile application, there exists a database. You can think of a database as a storage unit for relevant information and user inputs that are necessary for running an application.

And anyone who knows anything about databases in the context of programming knows about Structured Query Language, generally referred to as SQL.

Structured Query Language (SQL) is a domain-specific language used for data management. It is the standard language for relational database management systems (RDBMS).

In the case of SQL, the language is limited to databases. Within the framework of relational database management systems, SQL software allows users to update or retrieve data as well as control access to that data.

Relational databases, unsurprisingly, work with data that share a relationship. An example could be the data for multiple people using an app where each set of data holds a person’s age and gender.

To compare, in RDBMS, the query returns a result and exits. Data is aggregated to the data stream in RDSMS.

The data in relational databases are organized in tables which consist of columns and rows. Data in these tables can be pulled, compared, added, and so on.

You’ve probably already heard that developers use programming languages so that computers can understand what humans need and want. Well, SQL specifically communicates with databases.

The advantage of SQL is that you address multiple records with one command. Developers also do not need to specify how to access a record. And lastly, the syntax of SQL is plainly more readable to the human eye.

What Is a SQL Developer?

SQL developers are back-end developers as they are able to work behind the scenes to make sure everything on the client-side runs smoothly. They should have a solid understanding of relational databases.

In addition to databases, SQL developers will likely have familiarity with the programming language their working with. For example, if the application itself runs on Java or C++, SQL developers should have knowledge of how to collaborate with the corresponding programming.

Most SQL developers will and should be familiar with Oracle, the world’s most popular database environment. MySQL is also prevalent in web development and some businesses opt for the Microsoft SQL Server.

While there are many languages out there when it comes to computer programming, SQL is the one language that’s pretty much useful for every market and industry.

In your case, business, marketing, and sales are all trades where SQL comes in handy. If data is utilized, then SQL should be as well.

Any company with an online presence is almost surely keeping records of data. That data depends on a database.

The data can be helpful for market and trend analysis or simply for optimizing the development of your app or website.

Realistically, any business that will use data – and it’s unrealistic to say that any business would not – would benefit from using SQL. It is the chief language for managing data across all platforms.

SQL is really the only language available that does what it does, so there aren’t many alternatives. That said, there are a couple of things that make developers particularly fond of SQL.

Just about half of all developers use SQL. JavaScript is the only language that can hold a candle to SQL with more than 60% of developers relying on its aptitude in 2017. But when it comes to SQL, you don’t have to pick and choose.

That is, it’s not a stretch to say that these same JavaScript developers are dabbling in SQL too. With this sort of popularity, it’s a fairly easy process to find similar skill sets from one software community to another all across the board.

In the same vein, SQL has been going strong for nearly half a century, since it was first developed in the 1970s. This aged footprint, in combination with its ubiquitous use, means that there is a large community of new and old developers alike to offer their knowledge and skills.

Good, easy-to-learn languages should never go underappreciated. And SQL is one of them. It only takes a couple of days to learn some basic queries. This is why the language is so adaptable to people in every industry.

SQL developers can write procedures, user-defined functions, triggers, indexes, and generally use SQL for every practical database application. In fact, there are many instances where SQL is more efficient than writing traditional code.

In recent years, there has been a shift whereas the most desirable database technologies today have been made open-source. Now, this is no small thing. It means that the brightest and most inquisitive developers will have a say in how SQL works for them.

Different companies and databases have different SQL languages. But the way commands are written only vary slightly. This means that SQL can be reused with little to no modification.

Companies That Use SQL

Reasons to Hire a SQL Developer

Without a doubt, your business needs a database. It probably already has one. But who's managing it?

Poor database management and development can be bad for the growth of your business, both in terms of software performance and scalability.

Your database needs to be effective and operational from the start. When your business grows, there is an even greater need for complex development.

Being that SQL is the famed and trodden language for database development, you’ll find that the developers you need will have a worthy grasp of SQL.

Back-end development doesn’t get enough credit. But in reality, it’s the gears that keep the programming world turning. In absence of these gears, nothing on the front-end would know left from right.

At the heart of back-end development is databases. Databases work with developers and the users those developers program to make sure everything that needs to make it to the front-end does so and that anything from the front-end makes it back to the database.

SQL comes in many forms, but there are quite literally no other languages that do exactly what SQL does. With that said, if you want to manage a database, hiring an SQL developer is in your best interests.

How do you hire a SQL developer?

For those who wish to take the high road and hire SQL developers on your own, we’re still here to help. Hiring a developer on your own is a very focused and hands-on process that requires considerable knowledge about software development in general.

What should you look for in a SQL developer?

At a high-level SQL developers should be able to:

Due to economic differences between the United States and South America as a whole, the cost of offshoring software development is significantly lower than hiring full-time with U.S talent. For SQL developers in South America, the average salary is currently around $100,000 whereas a mid-level developer costs around $76,000.

Eastern Europe shares very similar rates to South America, again due to the economic differences. When looking at salaries in Eastern Europe, data shows that a Senior SQL Developer costs around $100,000 on average.

Why Hire a SQL Developer?

Trio SQL developers are pre-vetted, interviewed, and then trained further to become true software professionals, capable of adapting to situations that are both within and outside of the scope of their general expertise.