What is Vue.js and Why Is It Popular?

Vue.js is a JavaScript framework that developers treasure for its versatility and maintainability, among other traits.

In the State of JavaScript 2020 survey, results found that nearly half of respondents were using Vue.js and the framework had a satisfaction rate of over 80%.

Labeled “The Progressive JavaScript Framework”, no doubt Vue.js has something enticing to offer the common developer.

Stay tuned to learn more about Vue.js and why it’s becoming more popular by the minute!

The creator of Vue.js is former Google engineer Evan You, who quickly grew frustrated with using AngularJS on Google projects.
He decided to extract the best features of Angular and build something incredibly lightweight. 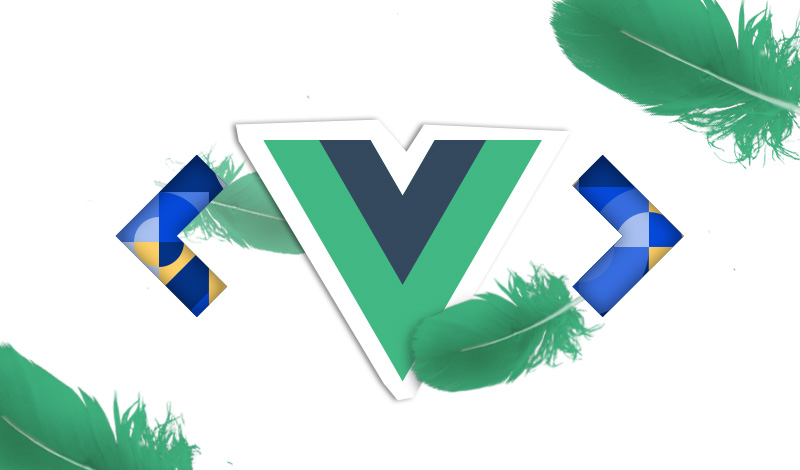 The MVVM architecture of Vue.js ensures the separation of presentation logic from business logic, which represents the view and model respectively.

Then the viewmodel acts as a mediator by readying data objects for presentation.

But architecture aside, the most notable feature of Vue.js is directives. Directives extend HTML with HTML attributes, giving increased functionality to HTML applications.

These directives are built-in, but they can also be user-defined. Essentially they allow manipulation to the document object model (DOM).

The DOM is an interface of sorts, specifically an API for HTML and XML documents, that instructs machines on how to structure text.

The concept of directives exists both in Angular and Vue.js, but you can plug Vue.js into any part of a server-side application, and hand-tailor a more interactive experience for consumers.

JavaScript frameworks like Vue.js encourage more organization when it comes to front-end development.

Vue.js can take a web page and break it down into reusable components each with its own HTML, CSS, and JavaScript elements.

Other clever tools of Vue.js include Vuex and Vue-Router. They work with core Vue.js programming by providing the following:

What Is Vue.js Used For?

Vue.js is a versatile language, so you can use it for a variety of purposes.

First of all, Vue.js works well for any projects that involve HTML, CSS, and JavaScript. And this is why Vue.js is primarily used for building UIs and any web development undertaking.

But because Vue.js is lightweight, it’s also a good choice for rapid prototyping.

Say, you wanted to build a minimum viable product (MVP) for one reason or another. Vue.js would get it done in a jiffy.

Single-page applications (SPAs) are within the range of Vue.js’s expertise as well.

In an SPA, there is only a single page to view information. Users access new information as the website dynamically rewrites the page upon user interaction.

Like React Native, Vue.js has the capacity for native mobile app development. Developers can utilize NativeScript to build mobile apps on Android and iOS with shared JavaScript code.

It might help to know that global websites using Vue.js include the likes of Facebook, Netflix, and Google, which demonstrates just how powerful the framework is.

Why Is Vue.js Popular?

Developers use Vue.js for a number of reasons. It’s clear that Vue.js is popular, but it’s true appeal lies in its technical astuteness. Here are some features representing Vue.js’s aptitude:

Vue.js is called progressive because it is designed to be incrementally adoptable. This means that programming in Vue.js means starting small and scaling up as you so desire.
As a result, Vue.js is fairly straightforward and doesn’t have the complexity of larger frameworks.
Plus, it’s worth noting that the size of the Vue.js framework is less than 21 kilobytes. So rest assured, you won’t have to deal with the lag of heavy software on your business machines.

DOM manipulation is a bi-directional event. What happens in the view, affects the model, and vice versa.

While data flowing in a single direction might be less complicated on a cerebral level, one-way data binding hinders the development process.

Changes to the model reflect on the view but not the other way around. Ergo, making UI changes means putting in extra work.

Vue.js is a proud supplier of a virtual DOM. (Vue.js is free and open-source, so fees do not apply.)

The virtual DOM is a means of holding a representation of the UI in memory. Through reconciliation, the virtual DOM syncs changes to the ‘real’ DOM at a later time.

Virtual DOMs are advantageous because making updates to the ‘real’ DOM immediately can be tedious and slow.
By using a virtual DOM, developers can see the changes they make to the view without actually submitting those changes for permanent rendering.

Every piece of a Vue.js application or web page acts as its own component. The advantage here is that you’ll get to reuse components as you like.
Overall, this approach to development lends to better code readability, since there will be less clutter.
Easier unit testing is a secondary advantage, as you can check how the smallest parts of an application work on their own.

Although having eager developers on your side isn’t necessarily a technical asset, it can amount to virtually the same thing.
Vue.js is popular because it’s popular. It’s a circular reasoning, but when a certain technology has a large community of support, you can expect it will always remain up-to-date.
Besides staying relevant, a large community also means you know where to look when you need specific advice about any Vue.js related dilemma. 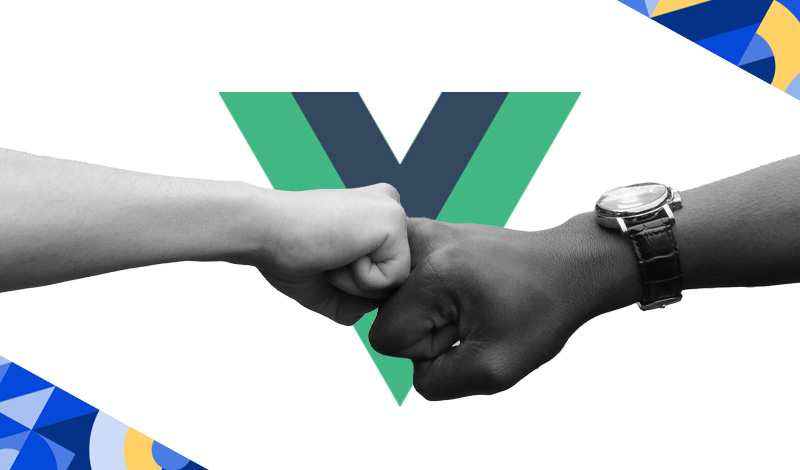 Last but not least, this community is filled with talented Vue.js developers, meaning it’ll be easy to find talent for your software development team.

Vue.js vs. Other JavaScript Frameworks

Vue.js’s biggest competitors are other JavaScript frameworks, like React and Angular. You may want to see how they compare.

Angluar is a TypeScript-based web application framework. It is cross-platform, meaning you can reuse TypeScript code for web, mobile web, native mobile, and native desktop use.

The framework also promises speed, performance, and useful tooling such as declarative templates and Angular-specific feedback for its editors and integrated development environments (IDEs).

But compared to Vue.js, experienced developers find that Angular is:

React is a front-end JavaScript library for building UIs. Its component-based design makes it easy for developers to plug in UI components and make complex UIs without the need for state management.

JSX is also a fundamental aspect of React. Similar to XML, JSX combines HTML, CSS, and JavaScript into one language.

In spite of all this, developers who prefer Vue.js think:

Use Vue.js on Your Next Project

Vue.js has so far been successful at silencing the issues of other JavaScript frameworks. For frustrated developers, this should be an enticing reason to adopt Vue.js.

Businesses, as a rule, should put their faith in the technical leaders within their organization and internalize their frustrations.

If you’re looking for a JavaScript framework to enhance your next software development project, it’s time to consult your technical team about choosing Vue.js.

If you learn that Vue.js is right for you, but still need talented developers to get your project to the finish line, get in touch with Trio about hiring Vue.js developers!

Why is Vue.js so popular?

Vue.js has many strengths, such as a virtual DOM, two-way data binding, and a large and active community.

What is Vue.js used for?

Vue.js can be used for any project that involves HTML, CSS, and JavaScript. Smaller projects like prototypes and single-page applications work well with Vue.js.