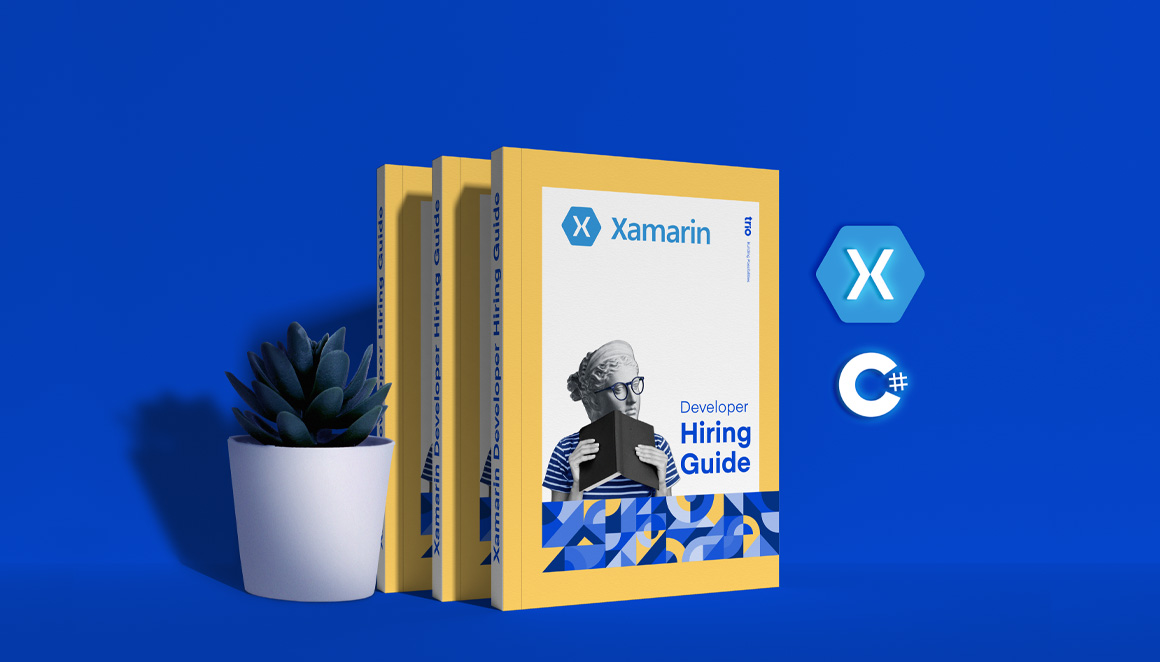 Most developers believe that native apps are the best way to make performant mobile apps. But this is not always the case.

Xamarin, a framework for making cross-platform apps, can be an excellent way for those looking to build their next mobile to offer a native-like experience without sacrificing performance.

Xamarin is a Microsoft software that is free, cross-platform, and open-source. It uses .NET and C#. The keyword here is cross-platform. In cross-platform development, developers build mobile apps that can be used on multiple platforms.

In other words, while you can surely open an app that runs well on your iPhone, a friend with an Android will be able to utilize the very same app. And Xamarin allows developers to make apps for Windows phones as well.

With native apps, if developers want an app featured on every app store, they must create a distinct app for every operating system. Whatever your views on native apps, this practice undoubtedly drains resources.

Xamarin lets developers write all their code in a single language. This is opposed to native apps where developers must have the capacity to operate using several different programming languages that are suitable for a given platform.

The first approach is forms technology or Xamarin.Forms. Using this method, a developer can design a universal visual interface and write a C# program, employing back-end development, that can be applied to all platforms.

The second approach is Xamarin Native where developers are given the option to build separate applications for each platform but the majority of back-end development is still shareable.

Form is a cheaper approach as up to 95% of code is shareable. This implies the efficient use of resources for both front-end development and back-end development.

In Xamarin Native only 70% of code is shareable. However, this approach is more native in execution. App performance is greater though the cost is more expensive than its counterpart.

Though Node.js tops the chart when it comes to most used frameworks for developers, Xamarin is still in the top ten as of 2017, with over 15,000 organizations relying on its prowess.

What Is a Xamarin Developer?

Xamarin developers are mobile app developers who code in C# and make cross-platform applications. They build UIs and write code for Android, iOS, and Windows from a single code base.

Software developers who work within the Xamarin framework have knowledge in numerous Xamarin features and paradigms such as:

Xamarin developers can build effective cross-platform apps to run on multiple platforms for your business.

There are a number of ways to implement cross-platform development for your mobile app. But Xamarin is one of the most popular. You can blame a couple of Xamarin’s most useful features for its fame.

Xamarin apps are written in C#. C# is among the most used languages for developers. It is object-oriented and easy to learn with a large library.

Xamarin gives developers the opportunity to build native UIs with Xamarin’s UI designer. For iOS, you can use Xamarin’s iOS designer or the UIKit APIs. For Android, you can use Android Views.

Cross-platform development is a prominent avenue for businesses that want to stimulate their growth developing an app but don’t feel the need to build multiple native apps. Here are some of the advantages Xamarin can have for you and your developers.

Xamarin provides developers with a native-like design and performance for each application built with its framework. You can credit this to the platform’s compiler which interacts with the native APIs and toolkits of Android, iOS, and Windows.

Since Xamarin is cross-platform, developers do not need to learn or make use of a variety of programming languages simply to code an app of the same likeness for multiple platforms.

In the same vein, developers will only use one technology stack in Xamarin. They won’t need different frameworks and languages for front-end development versus back-end development. All they need is C#.

The logical consequence of faster development due to using a singular environment and codebase is faster release time for your mobile app. Xamarin is a classic hitting two birds with one stone analogy.

As your app for each mobile platform will share the same code, maintenance is a fairly simple process. Developers can change the source code, and the application on each platform will be updated thereof.

Companies That Use Xamarin

Reasons to Hire a Xamarin Developer

Small and medium-sized businesses need to think carefully about how they allocate their budget to different projects. Native apps, while performant, can be limiting in some regards.

Keeping this in mind, cross-platform app development is a clever idea, but only if executed properly. Proper execution requires skilled developers.

In business, having a large consumer base is usually a plus. But if your business wants to save money they may be forced to pick one mobile operating system over the other in native app development.

A decision like that more than likely cuts off an entire consumer base from enjoying your app. Otherwise, if you choose to develop more than one app – even if you have the wallet to do so – you’ll need extra pocket change to hire either:

There’s a good chance that the former will narrow your pool of applicants and the latter will compromise your funds.

If that’s the case, hiring Xamarin developers can save you time and money. And you won’t be sacrificing performance.

For businesses who want to create a mobile app but are not sure how, there is first and foremost one important consideration. You have to decide whether to build a native app or a cross-platform app.

Native apps are known for having high-functionality and great performance. But this is not necessarily lost with cross-platform apps.

With the help of Xamarin developers, you can have the best of both worlds. They have the capacity to develop mobile apps that can offer a near-native experience but without the double-trouble dilemma.

How do you hire a Xamarin developer?

For those who wish to take the high road and hire Xamarin developers on your own, we’re still here to help.

What should you look for in a Xamarin developer?

At a high level, Xamarin developers should have:

A Xamarin developer in the United States will make $117,783 a year on average, according to ZipRecruiter. As a whole, a Xamarin developer’s annual salary will range between $61,000 and $193,000.

Due to economic differences between the United States and South America as a whole, the cost of offshoring software development is significantly lower than hiring full-time with U.S talent. For Senior Xamarin Developers in South America, the average salary is currently around $100,000 whereas a mid-level developer costs around $76,000.

Eastern Europe shares very similar rates to South America, again due to the economic differences. When looking at salaries in Eastern Europe, data shows that a Senior Xamarin Developer costs around $100,000 on average.

Why Hire a Xamarin Developer?

Trio Xamarin developers are pre-vetted, interviewed, and then trained further to become true software professionals, capable of adapting to situations that are both within and outside of the scope of their general expertise.