Quickly hire Java developers who are friendly and experienced

Our expert Java engineers are excited to start working on your Java project and bringing your vision to life. Legendary as a high-level language, Java has established itself as a household name for developers and consumers alike. Making its name by providing a programming language that is comfortable for those just starting to learn to code, as well as seasoned developers.

By remaining fairly similar to C and C++, it is easy to pick up for experienced developers who have used these languages in the past.

Java can lend itself kindly to your team of developers, whether you are developing web-apps or desktop applications. Let’s take a closer look at what makes Java a great choice for your upcoming project.

Java is a general-purpose programming language and a software platform invented by James Gosling at Sun Microsystems and is now owned by Oracle.

Java as a programming language is a class-based object-oriented language that is designed to be cross-platform thanks to the JVM (Java Virtual Machine).

The JVM sits on top of a computer's underlying architecture and you might even recall having to install Java in the past in order to access certain web applications.

The Java programming language was built to honor the following principles:

Java as a software platform is basically just a suite of programs that allow Java programs to be developed and executed.

A technology that allows small Java-based applications (applets) to be run securely on smart cards and similar small memory devices.

For general-purpose use on desktop PCs, servers and similar devices.

Java SE plus various APIs which are useful for multi-tier client-server enterprise applications.

Java is one of the most popular programming languages due to its flexibility and legacy. As you can see there are quite a few different scenarios where Java can be applied. It’s worth noting that Java isn’t a popular choice among startups looking to move rapidly however, large scale business enterprises benefit the most from Java’s features.

What Is a Java Developer?

A Java developer is someone who has professional experience working with Java, most likely either using the Java SE or Java EE platforms.

If you are developing an application that requires a lot of user interaction, it makes sense to prioritize speedy performance for your project.

Java offers a compiler that allows for wicked fast performance, as well as full support for multi-threading. Rest assured, if you use Java you can be confident that your applications will be high-performance, with responsive and dynamic elements easy to implement using these performance-centered features.

Portability is a huge plus to Java, and it’s why it’s such a delight for some programmers to work with. By using Java’s Virtual Machine, the platform allows for your program to run in a stable way on practically any device that has Java installed.

The Java Virtual Machine is very widespread across machines on an international scale, so this certainly makes building one version of your application more simple and approachable.

There are several aspects that make Java simple and approachable. For one, Java takes some of the basic design principles from C++ and creates a full-fledged object-oriented programming environment out of it.

This allows developers to utilize the stability and functionality found in languages like C and C++, and allow more rapid development through a more simple object-oriented design. On top of this, Java has the capabilities for more simple memory management through automatic garbage collection.

Combining all of this with a huge amount of useful frameworks that help you deploy usable applications using Java, it makes sense that so many choose it to power their next project.

Java is an object oriented programming language that shares similarities with C++ but works on a slightly higher level. Java’s object oriented principles allow developers to create classes and reusable components for a cleaner codebase and architecture.

Java is independent on both source and binary levels. That being said, Java applications are able to be executed on any operating system and browser thanks to frameworks like Spring.

Companies who use Java

Even though Java is still one of the most popular programming languages, the reality is that JavaScript has taken over when it comes to web development. This shift has forced many Java developers to adopt newer technologies in order to stay employed.

What this means is that Java developers aren’t as easy to find as they once were. If you are a startup looking to hire a young and bright-minded team, the chances of finding a millennial Java developer who actually loves working in Java are slim.

The exception to this is working with Android developers. Even then, you are facing a coming shift with the growth and maturity of Kotlin, Java’s successor.

How to hire Java developers

For those who wish to take the high road and hire Java developers on your own, we’re still here to help. Hiring a developer on your own is a very focused and hands-on process that requires considerable knowledge about software development in general.

What to look for in a Java developer

The desirable skills to look for in a Java developer depend on what you are trying to build. Let’s take a look at what those traits are on a high-level from a web and mobile perspective.

How much do Java developers cost in the U.S?

The average salary for a Senior Java developer is $129,553 per year in the United States, according to Ziprecruiter.com data.

How much do Java Developers cost in South America?

Due to economic differences between the United States and South America as a whole, the cost of offshoring software development is significantly lower than hiring full-time with U.S talent. For Java developers in South America, the average salary is currently around $100,000 whereas a mid-level developer costs around $76,000.

How much do Java Developers cost in Ukraine / Eastern Europe?

Eastern Europe shares very similar rates to South America, again due to the economic differences. When looking at salaries in Eastern Europe, data shows that a Senior Java Developer costs around $100,000 on average.

It’s no secret to experienced mobile developers that Java is the official programming language for creating android apps. Most apps created for Android are built with some, or entirely from Java.

Google has maintained consistent support for it as the priority language for its development platform, Android Studio, so this is where most would start when designing, or porting an app to Android.

Though many have been weighed down by a more complicated development environment when using Java to develop for Android, Google has gone out of their way recently to make mobile development on their platform more accessible.

They have created a new language that is essentially an offshoot of Java called Kotlin that makes creating apps easier by using more readable language. It runs directly in Java Virtual Machine, and those starting out developing for the Android ecosystem often start here.

Why Hire a Java Developer

Trio Java developers are pre-vetted, interviewed and then trained further to become true software professionals, capable of adapting to situations that are both within and outside of the scope of their general expertise.

Streamline your project with Trio

Are you wondering how you are going to complete your project? We can make it a lot easier for you to develop your Java web app or desktop application by contracting our highly-experienced software developers to take on your project.

We have a wide roster of devs with a diverse skill-set, so it’s highly likely we have somebody for your project’s needs.

Our developers work in a US-friendly time-zone, so there’s no need to worry about trouble communicating in real-time.

We don’t use freelancers, rather have a team of full-time software engineers that are ready to be contacted in a timely manner. Drop us a line to get a conversation started today, and we can have your project started in days, not weeks.

How do I hire a Java developer?

What does a Java developer do?

How much do Java developers make?

How much does Java cost? 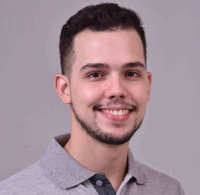 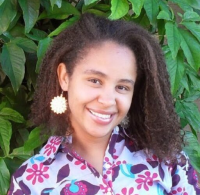 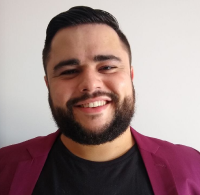