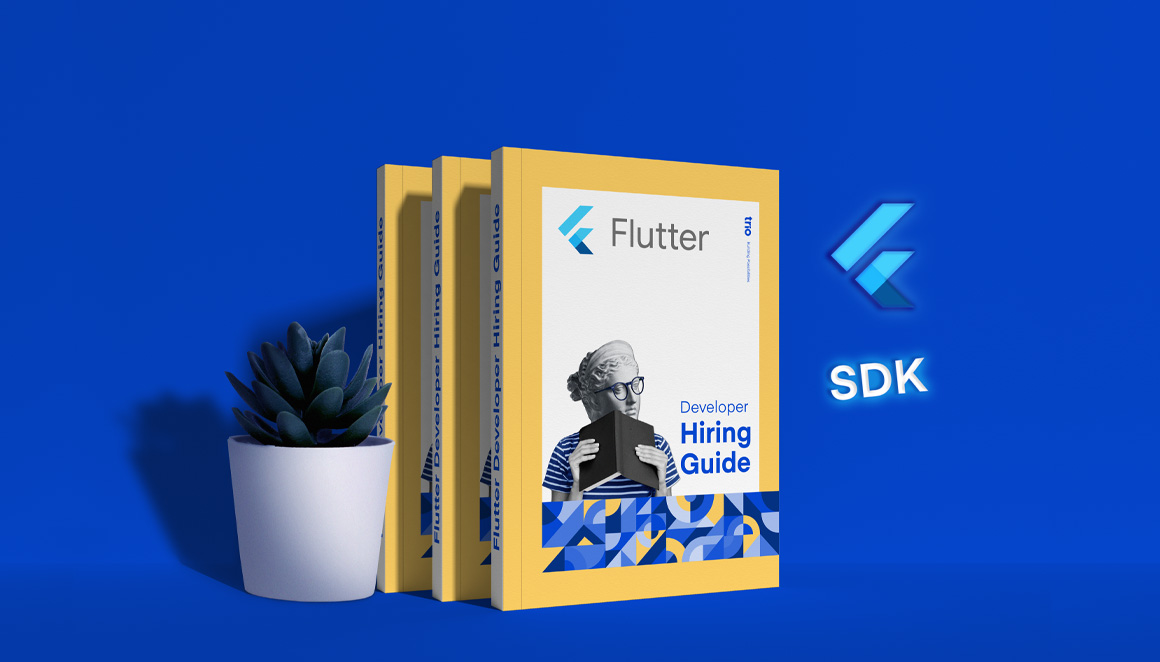 Compatibility, like many issues of this day and age, is the root of Flutter’s origin. Cross-platform describes its resolution. Mobile app development tends to rely on native apps, or apps that are limited to running on the specific platforms they were meant for.

This means that if you want to make an app that runs both on Android and iPhone you would essentially need to make two different apps.

WebViews is one means of mitigating the issue. Through WebViews a browser can be encapsulated within a mobile application. Ionic is an example of a framework that uses WebViews.

However, there is another way to address the problem; Flutter thrives on it.

Flutter is defined by two integral components. The first component recognizes Flutter as a software development kit. An SDK is simply a collection of tools necessary in the development of an application.

The second recognizes Flutter as a framework. In this case, the Flutter framework consists of a library for building user interfaces (UI). The library offers a variety of widgets providing reusable graphical elements like sliders, buttons, and more.

Flutter utilizes a programming language called Dart, which syntax shares similarities with that of JavaScript. Dart focuses on front-end development, or otherwise the bit that users can see.

While Flutter is a Google software, Eric Seidel first conceived of the idea and founded the project. He and some others on his Google team discovered that the cause of lag when rendering Chrome pages was due to a codebase whose only purpose was to address compatibility issues.

The team then rid the Chrome page of that scripting and saw the potential for truly cross-platform software. This is how Flutter came about.

With Flutter, you can use a single codebase to develop applications for Android, iOS, Linux, Windows, and naturally the web itself.

While WebViews and the cross-platform frameworks that make use of it are based on JavaScript, Flutter makes use of reactive views. Reactive web frameworks use reactive programming to simplify the process of creating web views.

Reactive programming specializes in asynchronous data streams. Data streams might be better understood as sequences of events. Asynchronous refers to how these events take place.

In some reactive web frameworks, like ReactJs, reactive programming and reactive views involve a bridge pattern. In other words, your app and its programming must access the services, widgets, events, and canvas related to the platform through a bridge.

In Flutter, this bridge is nonexistent. Any rendering happens in the app itself. As a result, Flutter offers unprecedented speed and performance. The programming language Dart also has some role in this.

Dart is a compiled programming language, whereas code is compiled into native code for different platforms prior to its running or ahead-of-time (AOT).

What Is a Flutter Developer?

The Flutter framework is intentionally and wholeheartedly tied to UI design. Widgets are one of its defining characteristics. Flutter developers must have comparable skill in optimizing graphical interactions for the user.

Flutter is currently the only framework with a mobile SDK that does not use a JavaScript bridge with reactive views. This is the major point of contention between Flutter and similar frameworks like React Native. But there are a few other perks.

Flutter comes with a dynamic library of customizable widgets, making app development easy and fast. Stateful hot reload is another feature of Flutter permitting developers to see a visible effect after each code change and refresh.

Flutter gives the developer ultimate control of all rendering, widgets, animation, and gestures happening within the framework. Developers need not worry about any lack of customization with Flutter.

Flutter’s widgets account for all platform distinctions and these are integrated during compilation. This means that software developers can use a singular codebase to build genuine native apps using Dart.

As mentioned, Flutter does not require a bridge from the framework to the native app. This boosts performance overall. Developers and users alike will have the fortune of nimble rendering.

Flutter is one of the newer frameworks available to developers. Yet it competes with software that has been out for years. For developers and your business, there are a number of advantages of choosing Flutter to develop your app.

Native apps are a luxury not every business can afford. Businesses opt for mobile websites and progressive web apps (PWAs) instead but this often doesn’t make the cut. Flutter is a free and easy way to get native app performance through only one framework.

Anyone can develop an app. But features and functionality are what make the app desirable to new users. Flutter’s kit of widgets enables developers to customize their apps and build engaging UIs.

Documentation is the most convenient way for developers to learn the in’s and out’s of software. Sometimes debugging can be as easy as checking the documentation that already exists.

Like most free and open-source software, Flutter has a large community. Developers can share knowledge and learn new things related to Flutter. Community is central to continuous leaning models which make for the most skilled developers.

Companies That Use Flutter

Reasons to Hire a Flutter Developer

Flutter is a great way for a startup to develop their business and widen their consumer base when they have limited funds for creating multiple apps. Developers can build a mobile application on Flutter and release it on multiple platforms.

In addition, you can test your minimum viable product (MVP) fairly easily with Flutter. Given that it looks native on all platforms, you can protect your wallet and still show investors what you’re working on.

For instance, hot reload applies changes immediately. Seeing code applied with this sort of ease reduces code development time. This means your app is quicker to market and you can reap the benefits sooner.

Front-end development exists on the client-side and this is where users interact with your app directly. While they may not have an understanding of what happens on the back-end of development, every user has a positive response to a great UI.

Flutter, known for its widgets and customization features, presents developers with a viable solution to UI development.

How do you hire a Flutter developer?

For those who wish to take the high road and hire Flutter developers on your own, we’re still here to help. Hiring a developer on your own is a very focused and hands-on process that requires considerable knowledge about software development in general.

What should you look for in a Flutter developer?

At a high level, Flutter developers should have the following skills and/or qualities:

How much do developers cost in the U.S?

According to ZipRecruiter data Flutter developers in the United States make on average $97,446.

Due to economic differences between the United States and South America as a whole, the cost of offshoring software development is significantly lower than hiring full-time with U.S talent. For Flutter developers in South America, the average salary is currently around $100,000 whereas a mid-level developer costs around $76,000.

Eastern Europe shares very similar rates to South America, again due to the economic differences. When looking at salaries in Eastern Europe, data shows that a Senior Flutter Developer costs around $100,000 on average.

Why Hire a Flutter Developer?

Trio Flutter developers are pre-vetted, interviewed, and then trained further to become true software professionals, capable of adapting to situations that are both within and outside of the scope of their general expertise.