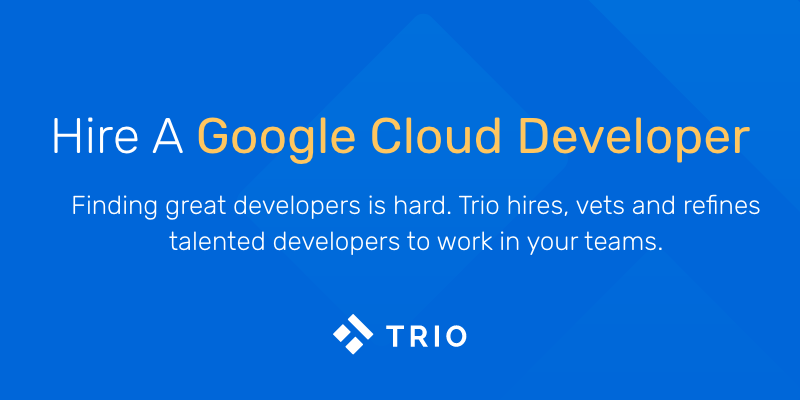 Cloud computing is a growing industry providing on-demand services for businesses in need. Through cloud computing, businesses can get services like data management, application development, server hosting, virtual machines (VMs), and so much more.

There are various platforms available that provide cloud services. Google Cloud is one of these platforms offering the means for businesses to help their customers without draining resources.

What Is Google Cloud?

Google Cloud is an assortment of cloud services running on the same infrastructure that Google uses for its end-user products such as Google Search and Youtube. The cloud service itself can help businesses build, deploy, and scale applications, websites, and perform a wide range of other services.

These are considered a form of software as a service (SaaS) where software can be accessed through the browser rather than through installation. Similarly, Google Cloud also offers infrastructure as a service (IaaS) and platform as a service (PaaS) options.

But besides these popular products, GCP offers management tools that can be particularly useful for small to medium-sized businesses (SMBs). This is because it gives businesses the tools they need to focus solely on application development and not the more complex infrastructure that goes along with it.

App Engine is just one service that Google Cloud renders. It is a platform for developing and hosting web applications in Google’s data centers.

Before, during, and after application building, Google’s PaaS and IaaS operations can be a resource for overseeing a number of things related to running your application like processing power, data storage, database queries, and network connectivity.

What Is a Google Cloud Developer?

A Google Cloud developer is a professional who uses the tools and libraries offered by Google Cloud. If developers want official certification for their software development skills as pertaining to Google Cloud, they can seek to become a Professional Cloud Developer via an exam.

Why Use Google Cloud?

At its heart, Google Cloud can provide your business with the resources to build, deploy, and manage applications from start to finish. There are various cloud developer tools to accomplish this task, the principle tools being Cloud Code, Cloud SDK, Google Cloud Client Libraries, and GCP’s Spring Framework.

Using Google Cloud, developers can write, deploy, and debug Kubernetes applications. Kubernetes is an open-source platform for building containerized solutions. Containers allow you to package your application and its dependencies in an instance that can be version controlled and hosted on a virtual machine.

Version control enables developers to collaborate by a succinct method of pushing and pulling changes. Virtual machines imitate real computers except that the hardware itself is digital. This means you can customize virtual machines as you wish with whatever operating system or apps fits the task.

Google Cloud partnered with Kubernetes permitting developers access to these benefits. Cloud Code is also equipped with extensions to integrated development environments (IDEs) such as Visual Studio Code and IntelliJ to ease development even more.

The Cloud SDK has a variety of command-line tools so you can manage your applications and resources. Some of these tools include gcloud, gsutil, and bq which will route you to Compute Engine, Cloud Storage, and BigQuery respectively.

Google Cloud Client Libraries call Google APIs. API stands for application programming interface. An API is responsible for setting protocols from one software to another. Google APIs can reduce the boilerplate code developers will have to write.

Boilerplate code is the connotation for sections of code that must be repeated in the codebase with little to no alteration. Ultimately, using the recommended Google Cloud Client Libraries will cut time spent in development.

Spring Framework grants developers the ability to integrate Java-based applications with Google Cloud. This framework supplies the infrastructure to simplify development by attending to the “plumbing” of enterprise applications so developers can deal with the business logic.

Almost every startup business these days is deciding to use the cloud. Even well-established businesses rely on the cloud and businesses who feel not quite up-to-date are starting to migrate to the cloud. Here are some reasons why these businesses choose to use Google Cloud.

For businesses, this is immensely beneficial. Those who run their applications through a VM will have virtually no downtime. And security patches and updates won’t require machine reboots.

Google uses a pay-as-you-go by the minute billing model. Many cloud services have a similar pay-as-you-go model which is particularly attractive to SMBs that need to get on their feet but don’t have the immediate funds.

Google Cloud in particular is cheaper than its competitors Amazon Web Services (AWS) and Azure. GCP also has many discounts that businesses can cash in after using the platform for a time. And these discounts fare better than Azure and AWS as well.

G Suite has many tools for effective communication like the aforementioned Google Docs and Google Meet. While not directly related to application building, tools like these are essential for making sure your team is always on the same page.

Companies That Use Google Cloud

Google Cloud has a lot to offer. Whether you need software, communication, or infrastructure, Google Cloud’s SaaS, PaaS, and IaaS options will provide. The capacity of Google Cloud is substantial and includes the likes of:

These are only a few examples of what Google Cloud can do for your business. The only downside to a platform so vast is that it takes someone with a keen familiarity of Google Cloud to use it wisely.

Hiring a Google Cloud developer will ensure that you have someone on your team with professional knowledge to boost your business through the cloud.

You will want to get a better idea of what exactly you need to use Google Cloud for before you go about hiring a Google Cloud developer.

That said, cloud computing is a booming industry and nearly everybody wants to get involved. And Google Cloud happens to be one of the most popular cloud services there is. By this measure, it won’t be difficult to find a Google Cloud developer when you start searching.

There are a few different ways to find and hire a Google Cloud developer. Trio can help you figure out what works best for you.

How do you hire a Google Cloud developer?

For those who wish to take the high road and hire Google Cloud developers on your own, we’re here to help.

What should you look for in a Google Cloud developer?

Google Cloud developers should have the following skills and abilities:

Due to economic differences between the United States and South America as a whole, the cost of offshoring software development is significantly lower than hiring full-time with U.S talent. For Senior Google Cloud Developers in South America, the average salary is currently around $100,000 whereas a mid-level developer costs around $76,000.

Eastern Europe shares very similar rates to South America, again due to the economic differences. When looking at salaries in Eastern Europe, data shows that a Senior Google Cloud Developer costs around $100,000 on average.

Why Hire a Google Cloud Developer?

Trio Google Cloud developers are pre-vetted, interviewed, and then trained further to become true software professionals, capable of adapting to situations that are both within and outside of the scope of their general expertise.